Chart of the week: Medicaid Cost Shifts in House GOP Plan Would Total an Estimated $370 Billion Over 10 Years and Grow Over Time 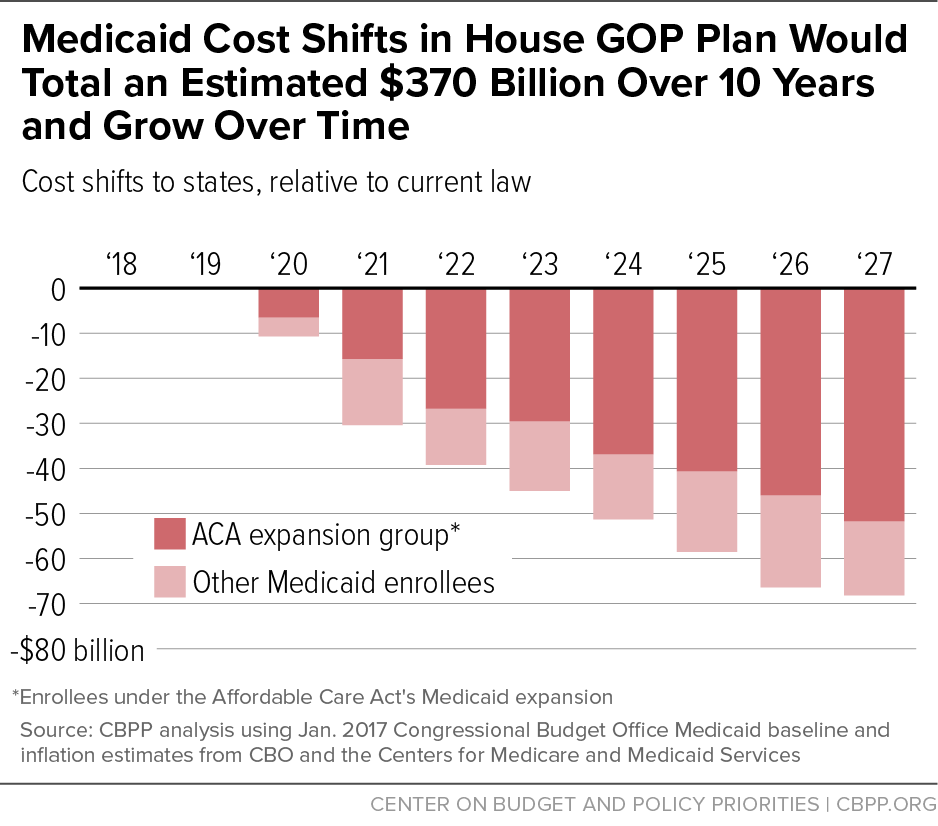