This week at CBPP, we focused on state budgets and taxes, health policy, the federal budget and taxes, and working-family tax credits.

Chart of the Week: Two Bills That Fund Bulk of Low-Income Programs Were Given Low Priority in 2016 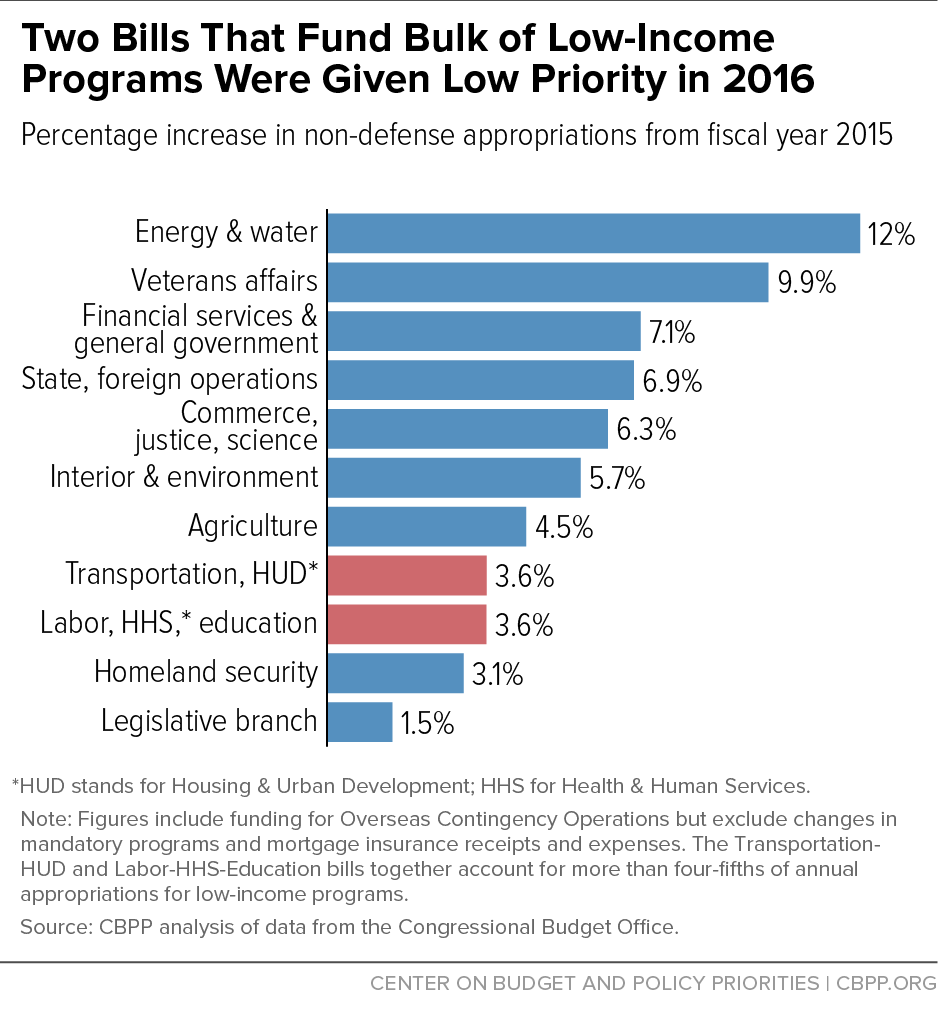 Why Half a Million People Will Lose Their Food Stamps This Year
The Fiscal Times
January 25, 2016

We’ve extended the deadline for applying to the State Policy Fellowship Program.  Applications are due by February 8, 2016.