With state legislative sessions beginning across the country, it’s a good time to remind lawmakers that funding for public two- and four-year colleges remains well below pre-recession levels in almost every state, as our fact sheets show.  (Here, for example, is our fact sheet for Alabama.) 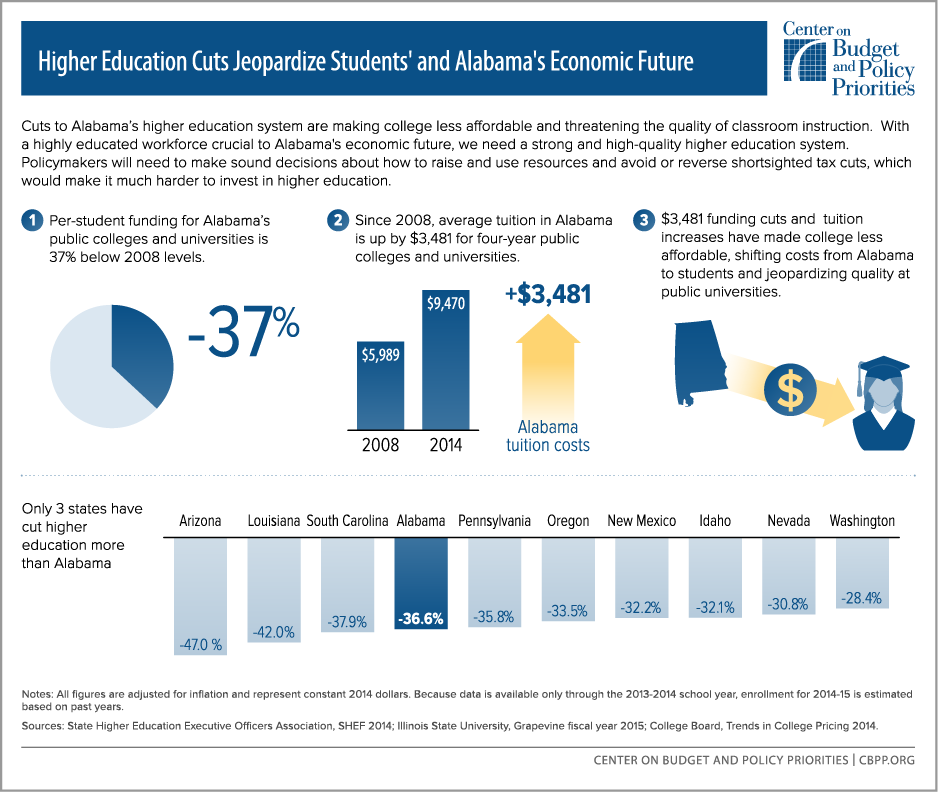 And as higher education funding has fallen, tuition has risen – in many cases, dramatically.  In some states, funding cuts have forced reductions in campus staff, student support services, and course offerings.

There is some good news, however.  Between fiscal years 2014 and 2015, 37 states raised per-student funding, by an average of nearly 4 percent, after adjusting for inflation; perhaps not coincidentally, average tuition at four-year colleges rose a mere 1.2 percent.

To continue reinvesting in higher education, states need to make smart budget and tax decisions, such as rejecting calls for costly tax cuts (see here, here, and here for examples).

The Consequences of Higher Ed Cuts

January 25, 2016
PreviousNew Video Shows How Medicaid Expansion Helps States
NextCelebrating the EITC
Stay up to date
Receive the latest news and reports from the Center