Obama’s actions would permit unauthorized immigrants who are parents of either U.S. citizens or lawful permanent residents to work here legally on a temporary basis after undergoing a rigorous background check, applying for work authorization, and paying a fee.  The state of Texas has launched a court challenge, and the Supreme Court recently agreed to hear the case.

Because unauthorized workers operate in the shadows of the labor market, they’re cut off from many job opportunities and employers can more easily exploit them.  Integrating them more fully into the economy would help them achieve more of their earning potential.  If these workers could improve their skills more easily and get jobs that better match those skills, they’d earn higher wages and spend more in the economy.  They’d also contribute more to the tax base from which states fund schools and other investments critical to a strong economy. 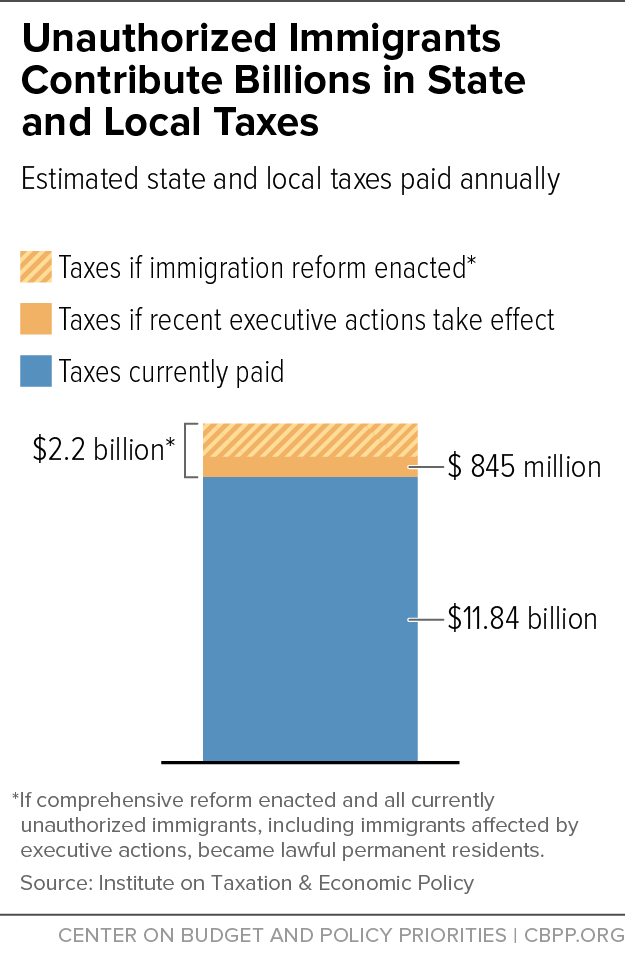 Instead of pursuing litigation and policies to exclude unauthorized immigrants, states would be better served by pursuing inclusive policies, as our recent report explains.

May 13, 2015
PreviousDon’t Repeal Health-Related Taxes
NextLatest CBO Figures Give Incomplete Picture of Health Reform
Stay up to date
Receive the latest news and reports from the Center