How the House Republican Health Plan Would Affect Your State

We’ve issued brief state-by-state reports on the impact of the House Republican health care bill (the American Health Care Act).  Among other things, the reports give state-specific data on the Medicaid costs that the bill would shift to the state and how much it would raise marketplace consumers’ premiums and out-of-pocket costs.

As the reports show, the House Republican bill is fundamentally flawed because it shifts costs to low- and moderate-income consumers and the states while giving massive tax cuts to people at the top. 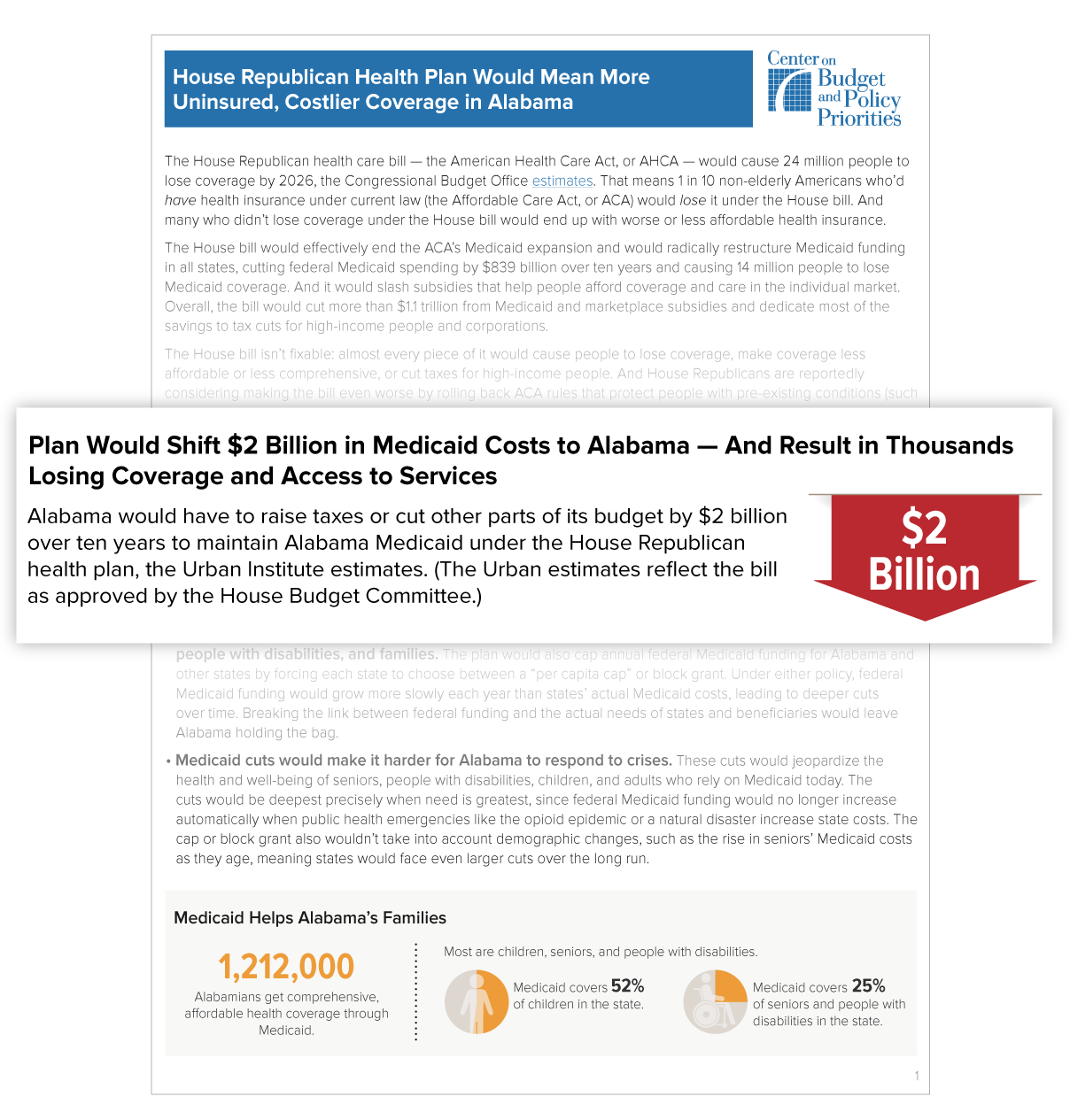