The economy has fueled income gains across the states, yet Congress is considering proposals that would undermine them. As we reported Tuesday, incomes rose nationally more from 2014 to 2016 than in any other two-year period in five decades. Now, according to yesterday’s release of new American Community Survey data, we know that the gains were widespread. In fact: 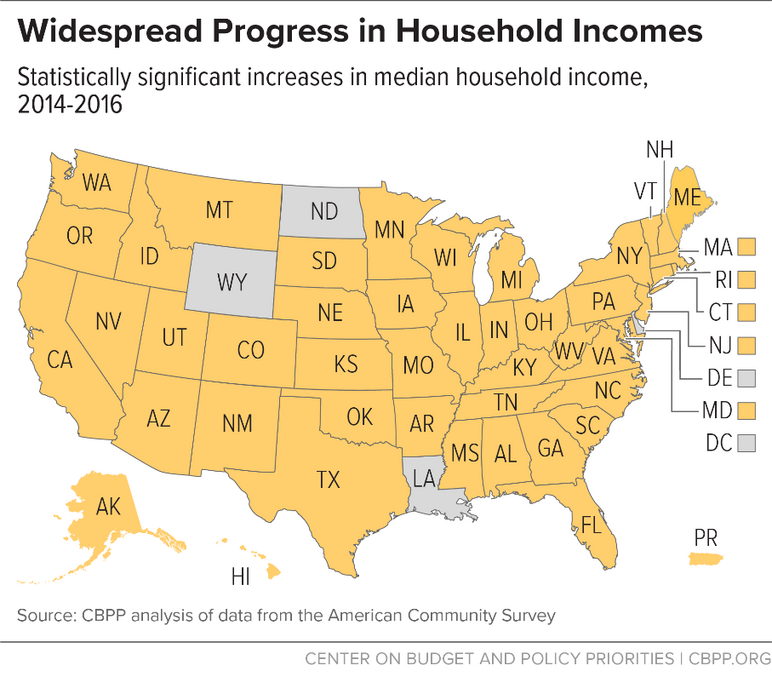 Congress is considering proposals to repeal the ACA that would leave tens of millions more people uninsured, as well as budget and tax plans that would undermine key economic supports like working-family tax credits, food and housing assistance, and grants to states that help struggling communities. The progress of 2016 underscores that Congress should do more, not less, to strengthen economic security and opportunity for low- and moderate-income Americans, like raising the minimum wage and pursuing bipartisan improvements to the ACA.

March 9, 2020
PreviousCruz Calls for Deficit-Increasing Tax Cuts — Even Worse Than Bush’s
NextIn Case You Missed It . . .
Stay up to date
Receive the latest news and reports from the Center