States that have adopted the Affordable Care Act’s (ACA) Medicaid expansion had a much lower uninsured rate in 2016 than states that haven’t, and the gap continues to widen, new Census data show.

Some 6.5 percent of the people in the 31 states (including the District of Columbia) that expanded Medicaid by January 2016 lacked health insurance that year, compared with 11.7 percent in the 20 non-expansion states, according to the Census Bureau’s American Community Survey. (Since January 2016, Louisiana has expanded Medicaid.) 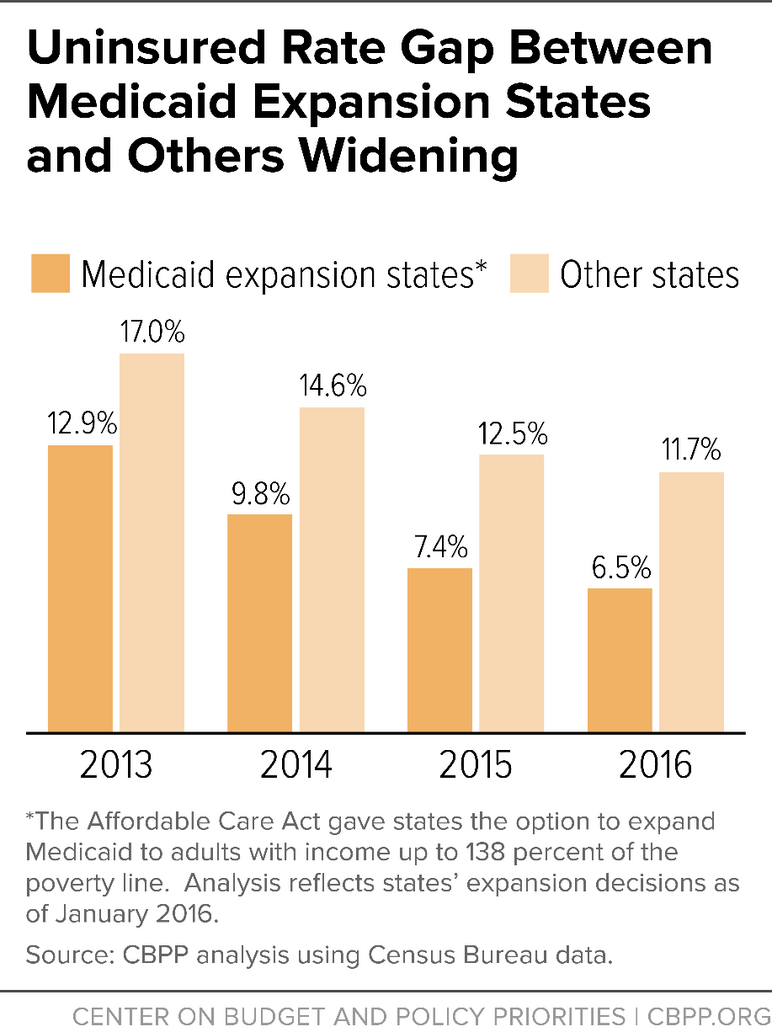 The ACA’s Medicaid expansion allows states to cover all non-elderly adults with incomes up to 138 percent of the federal poverty line — including, for the first time, low-income adults without children. The federal government picked up all expansion costs through 2016 and will continue to pay at least 90 percent of the cost thereafter. In addition to health coverage gains, expansion states have experienced improvements in residents’ health and financial well-being, and many also have seen budget savings as demand for state-funded health programs that serve the same population has dropped.

June 15, 2016
PreviousShare and Number of People Without Health Insurance Fall to Historic Low
NextAron-Dine on Strengthening Health Insurance Markets, Improving Coverage and Costs
Stay up to date
Receive the latest news and reports from the Center