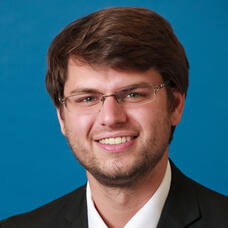 Kyle Hayes joined the Center in August 2016 and is a Research Associate in the Health Policy division. He supports the work of analysts in the division on projects such as Medicaid expansion, Medicaid delivery system reform, and health reform eligibility and outreach for immigrant populations.

Prior to joining the Center, Hayes was a Project Assistant at the American Institutes for Research, where he led the communications and outreach work of the National Center for the Analysis of Longitudinal Data in Education Research (CALDER). He has also served as a policy advisor to a Georgia state representative on state-level policy in the areas of health care, education, transportation, and the budget.

Hayes received his master’s degree in public policy from American University in 2015 and a dual bachelor’s degree in political science and secondary social studies education from the University of Georgia in 2012.