Payments Should Go to the Children They’re Intended For

In this and future tax filing seasons, states can help certain current and former Temporary Assistance for Needy Families (TANF) participants meet their basic needs by electing what’s known as the “tax offset option.” That is, states can elect to give families who are owed child support any support that the IRS deducts from a non-custodial parent’s tax refund due to past-due child support, but only five states — Alaska, California, Pennsylvania, Vermont, and West Virginia — have done so. If states don’t elect this option, the funds that are deducted are split between the federal and state government as repayment for previous TANF cash payments paid to the family.

If states don’t elect this option, the funds that are deducted are split between the federal and state government as repayment for previous TANF cash payments paid to the family.

The child support system can help custodial parents meet their children’s basic needs and help them thrive. But, when child support is deducted from a noncustodial parent’s tax refund, it only can help children if it goes to them. Especially this year, with many of the relief programs created during the pandemic to help struggling families winding down, child support should go to the children it’s intended to support. Even after families leave TANF, they typically continue to have low incomes and struggle to afford the basics. Child support can help these families make ends meet.

By law, a family receiving cash assistance under TANF must turn over their rights to child support to the state. States either keep support payments as repayment for providing cash benefits or “pass through” some or all of it through to families. When a family stops receiving TANF cash assistance, they receive any child support collected on their behalf, unless it is collected through the IRS tax offset process.

Key Reasons Why States Should Elect the Tax Offset Option, Especially This Year

Taking this option now can help families in important ways. First, many families with low incomes are still struggling in the pandemic economy. Child support payments can be a significant source of family income, and directing more support to families helps them cover essentials like food, school supplies, and children’s clothing.[1] And child support receipt is associated with developmental benefits for children including enhanced school performance.[2] The tax offset option lets states shift their child support programs in a more family-centered direction.

Although reliable data on the race of noncustodial parents are limited, one study from 2005 estimates that half of all Black men aged 25-34 are noncustodial parents.[6] Here again we can point to racial disparities. Research shows that Black men face multiple barriers to finding and maintaining stable, well-paying employment, including overrepresentation in low-wage work due to occupational segregation,[7] and they are disproportionately targeted by the criminal legal system, with higher rates of arrest and incarceration,[8] imposing barriers on maintaining a cohesive household.

Deducting child support from tax refunds but then not providing the resources to the children denies children the support they need and denies the noncustodial parents, often men of color struggling in low-paid jobs, another way to contribute financially to their children. Electing the tax offset option is one step states can take in a more equitable direction to ensure more child support reaches the children it’s intended to support.

Another reason states should elect the tax offset option this year is that many noncustodial parents will be eligible for higher refunds, and state budgets are well-positioned to absorb the modest cost to the state of sending these support payments to families. A key reason that refunds will be higher is that the American Rescue Plan expanded the Earned Income Tax Credit (EITC), increasing the maximum EITC for working adults not raising children (from about $16,000 to more than $21,000 for unmarried filers and from about $22,000 to more than $27,000 for married couples), which will result in higher refunds at tax time.

And, as many states begin their legislative sessions, states overall have over $80 billion in federal pandemic aid remaining, providing resources to offset the cost to the state of no longer taking child support payments collected from the IRS but sending them to the children those payments were intended for. Because families subject to the tax offset for child support payments likely meet the definition of “impacted households” as laid out in the Treasury Department’s final rule for use of Rescue Plan funds, states should be able to use those funds to cover the loss of state revenue that adopting the rule would cause. Ultimately, splitting child support deducted from tax refunds with the federal government does not accrue much financial benefit to the state — but child support can be a significant source of income for a family struggling to make ends meet. 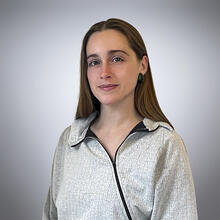