Nearly 120,000 poor veterans don’t have access to affordable health coverage because they live in the 20 states that haven’t adopted health reform’s Medicaid expansion, our analysis of Census Bureau data shows. 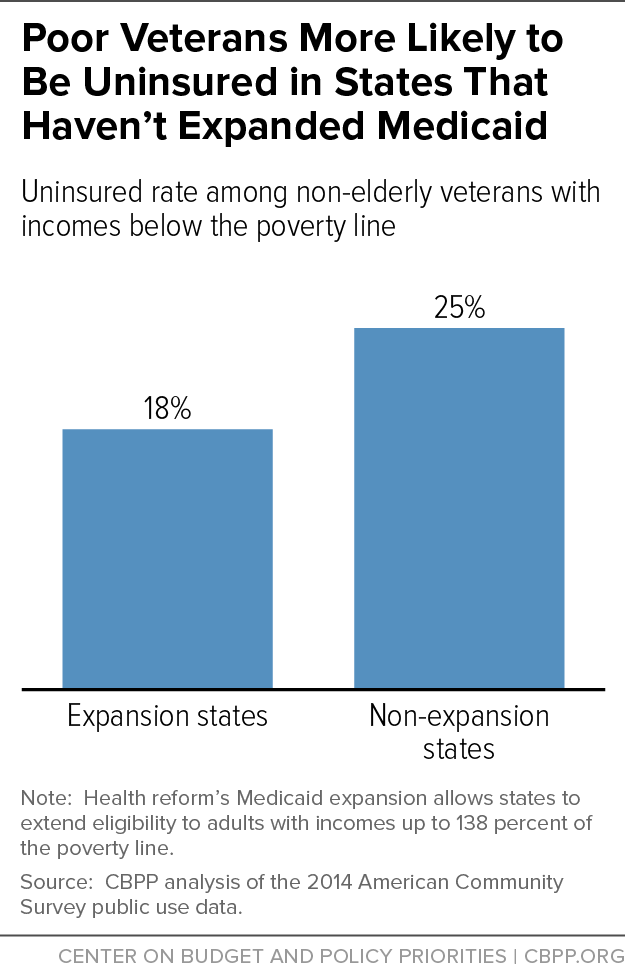 Expansion states have also made more progress in covering poor, non-elderly veterans.  The uninsured rate for this group fell by 23 percent in expansion states from 2013 to 2014, compared to a 15 percent drop in non-expansion states.

Poor veterans in non-expansion states are caught in a “coverage gap” because their incomes are too high for Medicaid but too low for subsidies to help purchase coverage in health reform’s marketplaces.

Health reform plugs these gaps by improving access to health coverage for veterans and other low-income Americans.  But states must take up the Medicaid expansion to make this a reality.