TANF at 20, Part 2: Failing to Help Most Unemployed Parents Find and Maintain Work

As we approach the 20th anniversary of the Temporary Assistance for Needy Families (TANF) block grant on August 22, this blog series will outline key facts about the program.

Policymakers created the TANF block grant in large part to give states more flexibility to help cash assistance recipients find and maintain work so they’d no longer need assistance.  If states had more flexibility, proponents argued, they could take funds previously used for cash grants and use them to help recipients find jobs and to cover the costs of work supports like child care and transportation assistance.  But, the evidence shows, states haven’t lived up to this expectation: 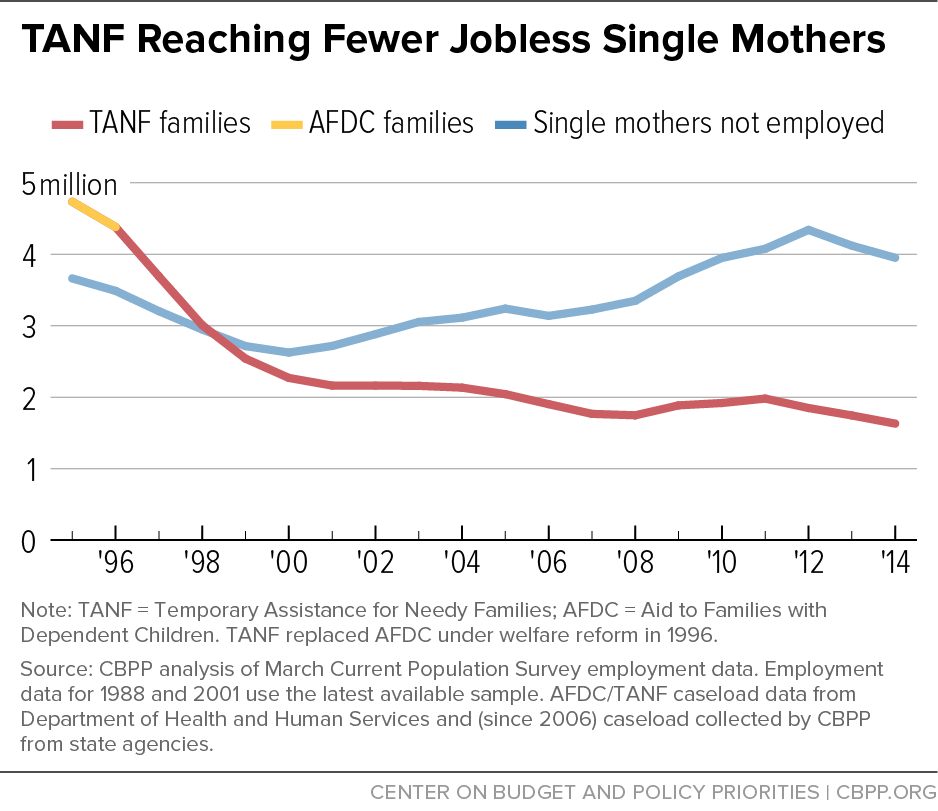 August 5, 2021
PreviousThe State of Higher Ed Funding
NextMedicaid Works: For States, Flexible Rules and Reliable Funding
Stay up to date
Receive the latest news and reports from the Center