State General Assistance programs, which provide a safety net of last resort for the very poor who don’t qualify for other public assistance, have weakened considerably in recent decades and are continuing to do so, our updated paper explains.  The number of states with General Assistance programs has fallen from 38 to 26 since 1989, and benefits have shrunk in inflation-adjusted terms in nearly every state since 1998.

The decline of General Assistance highlights the risk of greatly expanding states’ control over safety net programs, as some have proposed, which could cause assistance for low-income Americans to erode badly over time. 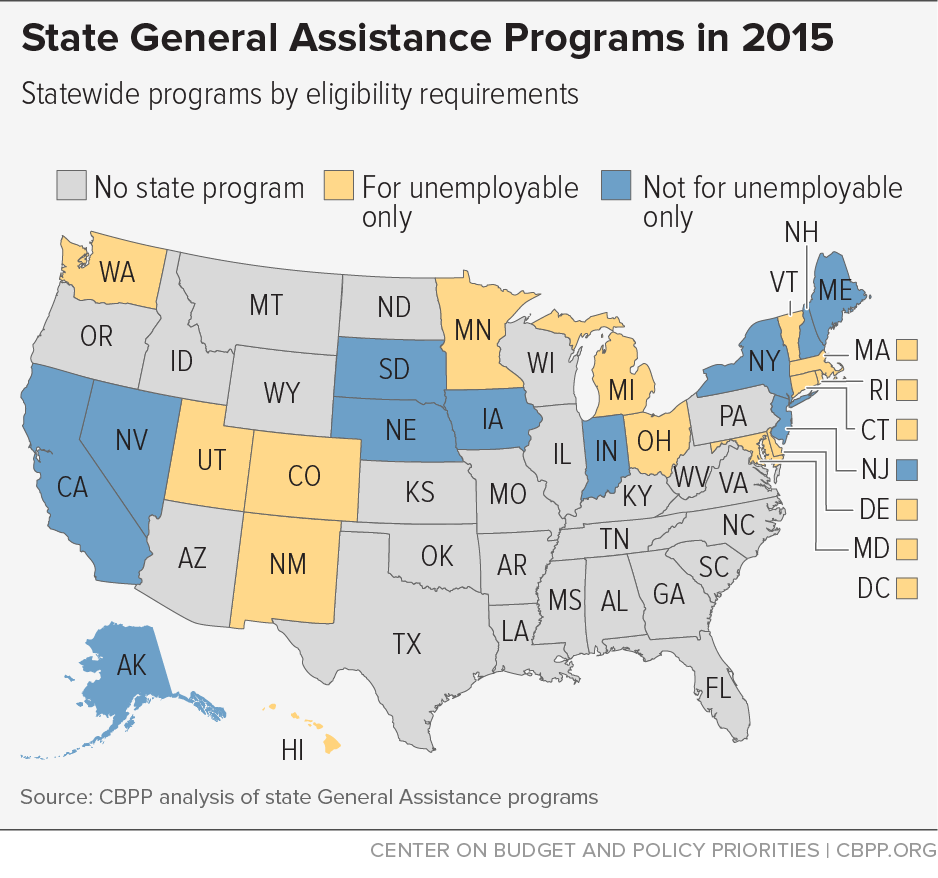 By and large, the federal government has left it up to states to provide basic assistance to childless adults who need it.  States have never provided significant support for this group, and the continued weakening of General Assistance programs means that more poor childless adults — many of them with disabilities — will face severe hardship.

State General Assistance Programs Very Limited in Half the States and Nonexistent in Others, Despite Need

May 11, 2015
PreviousIn Case You Missed It...
NextMedicaid at 50: Its Impact in Your State
Stay up to date
Receive the latest news and reports from the Center