Asked whether, under a tax reform plan that the incoming Republican majority plans to write, “the rich” will receive “the greatest part of the tax cuts,” House Speaker Paul Ryan suggested that the proposed tax cuts at the top are aimed mostly at small business.  “Most of that income is small business income,” he told CBS’ Scott Pelley in a “60 Minutes” interview.  But that’s wrong in two basic ways.

First, both President-elect Trump’s campaign tax plan and the House Republicans’ “Better Way” plan would cut tax rates for the highest-earning individuals on individual income that has nothing to do with even an expansive (and what would be misleading) definition of small business income — e.g., on salaries, capital gains, and so on.  This income accounts for fully three-quarters of all income of the top 1 percent, according to the Tax Policy Center.

include large cuts in the rate for “pass-through” income — business income that’s taxed at the owner’s individual rate rather than the corporate rate, which accounts for the remaining quarter of the top 1 percent’s income.  It’s misleading, however, to claim that this tax cut is for “small business.”  While some pass-through income is from small businesses, most of it reflects the earnings of wealthy individuals such as partners in a law firms or investors in real estate partnerships. 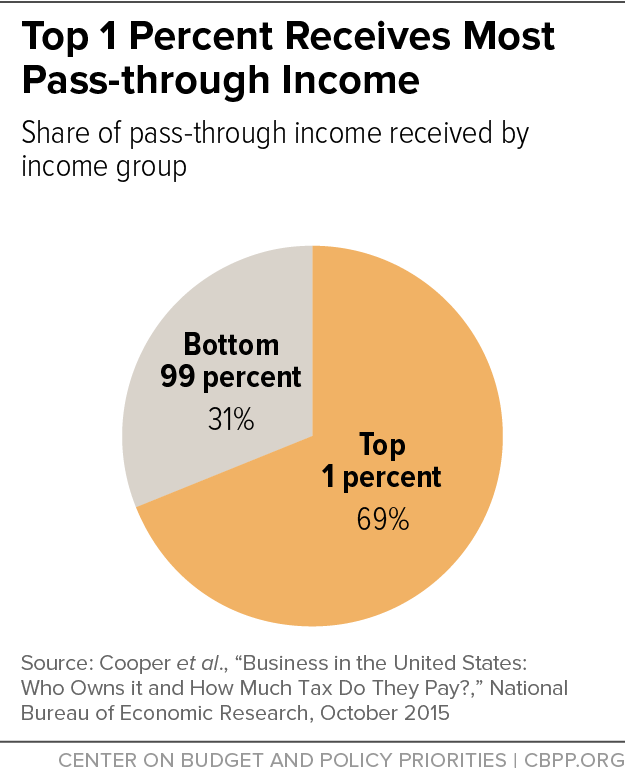 Meanwhile, the richest 1 percent of people get a quarter of their income from pass-through income, so they’d benefit handsomely from the special 25 percent rate, which is well below the 39.6 percent top marginal tax rate on individual income that they face today.  And they’d get an even bigger windfall under the Trump plan.

September 16, 2016
PreviousExplaining the EITC in 74 Seconds
NextRepublican Health Reform Repeal Plan Would Leave 30 Million More Uninsured
Stay up to date
Receive the latest news and reports from the Center