Some conservatives are urging the House to cut $30 billion more from non-defense appropriations next year in an upcoming budget resolution.  As we’ve explained, their justification — that policymakers didn’t pay for the partial “sequestration” relief in last fall’s bipartisan budget agreement — is spurious.  Moreover, even without the new cuts, non-defense appropriations (which include such priorities as law enforcement, veterans’ medical care, infrastructure, scientific and medical research, education, and public health) are nearing a record low as a share of the economy and headed further down (see chart). 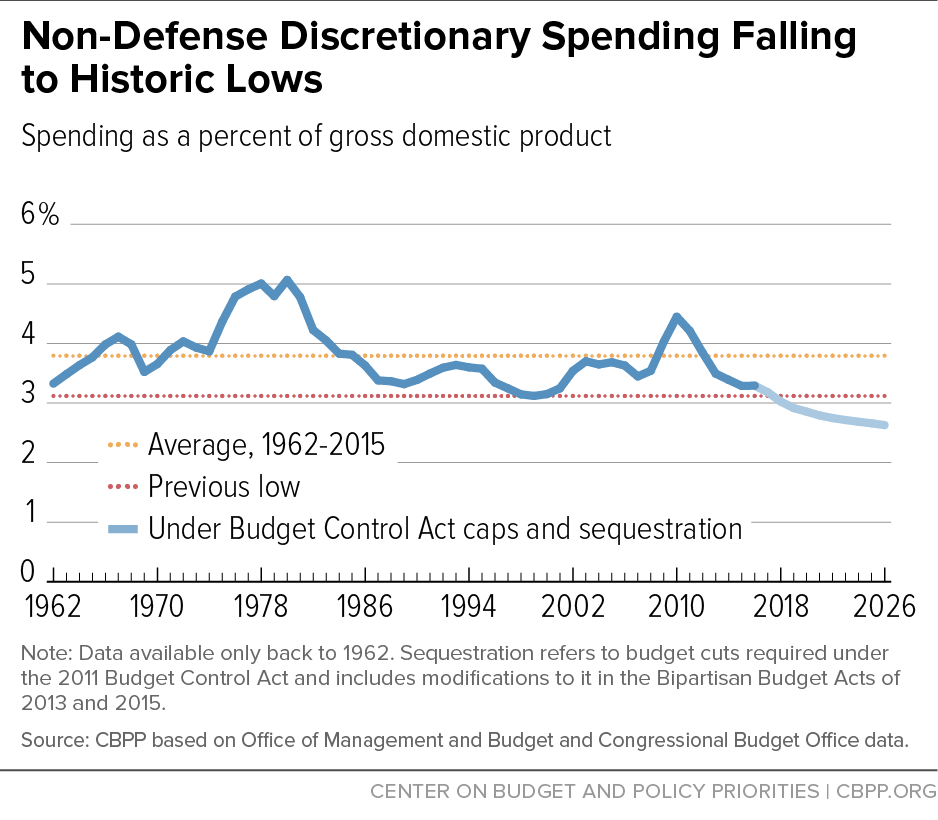 Spending on these programs has fallen significantly since 2010, due mostly to the 2011 Budget Control Act, which set annual caps on appropriations through 2021 and imposed additional sequestration cuts starting in 2013 after the President and Congress failed to adopt further deficit reduction.  At 3.3 percent of gross domestic product (GDP) this year, non-defense appropriated spending is close to a record low in data that go back to 1962 — and well below the 3.8 percent average since 1962.  Even without the $30 billion in additional cuts that House conservatives favor, spending on these programs is on course to set a record low as a percentage of GDP in 2018.

The House should stick to last fall’s agreement, rather than accelerate the downward trend.  Next year, when the 2015 budget agreement expires, let’s hope policymakers replace sequestration for future years with a more thoughtful approach to deficit reduction and stem the decline in non-defense appropriations.