The share of households experiencing food insecurity, meaning someone in the household had inadequate access to food at some point during the year, fell from 14.0 percent in 2014 to 12.7 percent in 2015, new Agriculture Department (USDA) data show, continuing a decline from 2011’s peak of 14.9 percent.  But food insecurity remains above the pre-recession (2007) level of 11.1 percent (see graph), indicating that millions of Americans still face hardship. 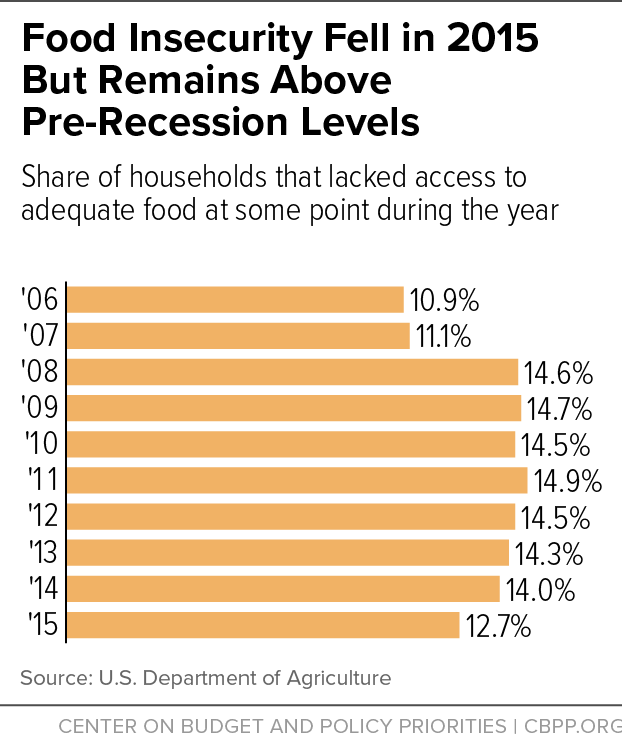 These improvements may partly be due to low-income households finally benefiting from the economic recovery.  In addition, low overall inflation, including low food price inflation and falling oil and gas prices in 2015, may have given families more room in their budgets for food.

Improvements in the safety net may have helped as well:

While the continued drop in food insecurity is certainly good news, 1 in 8 households struggled to put food on the table last year, including 1 in 6 households with children.

October 5, 2022
PreviousExpanding the EITC Would Help Workers in Every State
NextHouse Appropriations Bill Would Raise Health Costs, Stifle Innovation
Stay up to date
Receive the latest news and reports from the Center