This week at CBPP, we focused on health care, Social Security, food assistance, housing, and the federal budget.

Chart of the Week: SSI Cuts Poverty for Children with Disabilities Nearly in Half 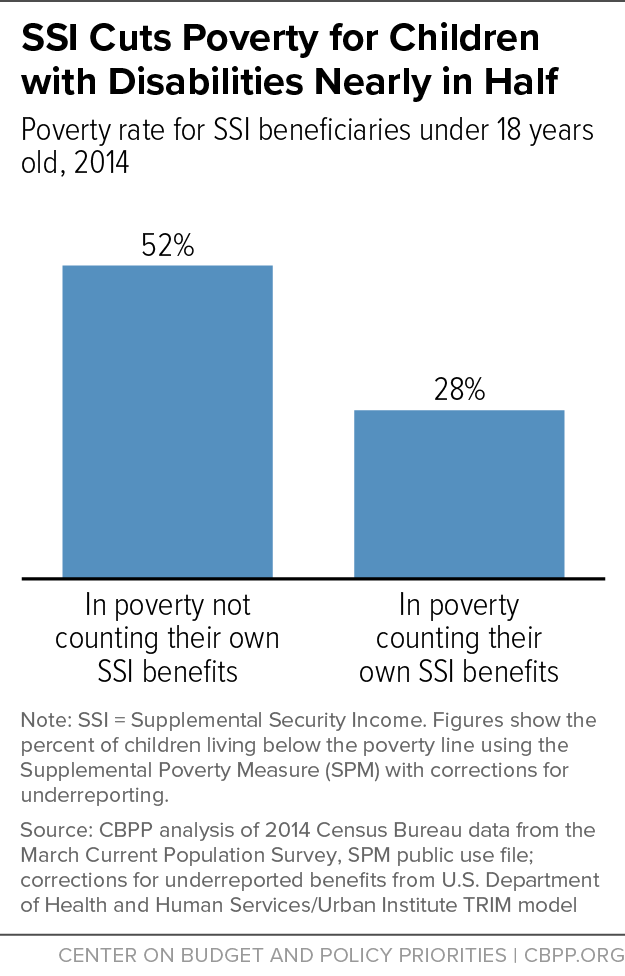 The case for and against a universal basic income in the United States
Vox
May 12, 2017

The GOP health care bill ramps up Washington’s war on the poor
New Republic
May 5, 2017

Republicans’ health-care plan could launch some ugly political battles in state legislatures
The Washington Post
May 8, 2017