This week at CBPP, we focused on health care, state budgets and taxes, the federal budget and taxes, housing, Social Security, and the economy.

Chart of the Week: Alaska Consumers Would See by Far Largest Increase in Health Care Costs Under House Bill 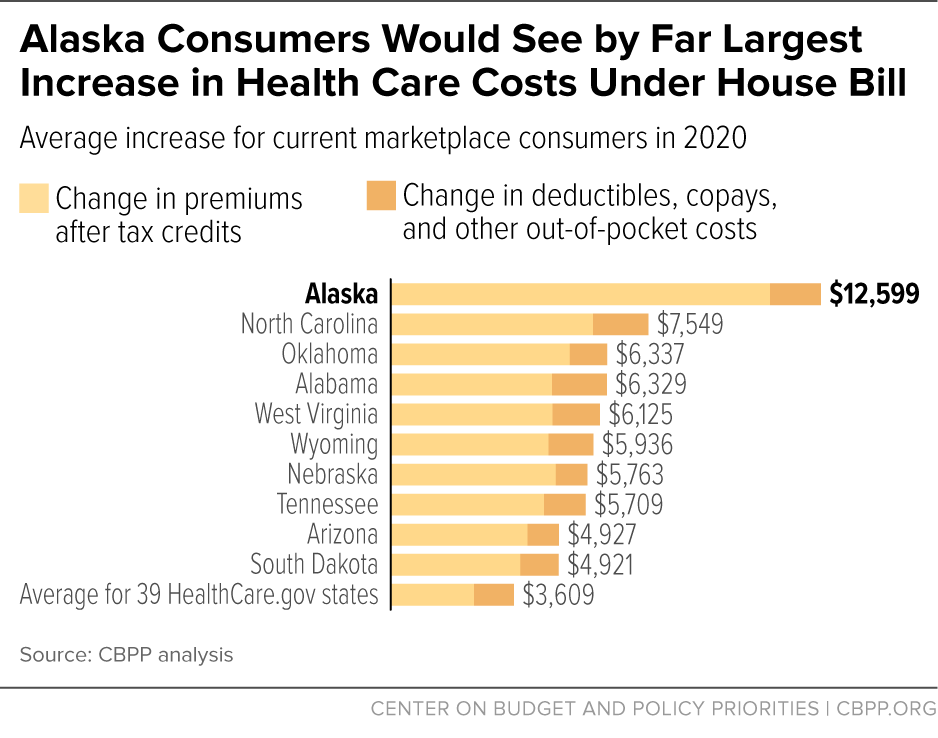 Who gets hurt — and when — if Trumpcare becomes law<
The Washington Post
May 5, 2017

How the GOP House Health bill would affect you
CBS News
May 5, 2017

These are all the people the Republican health care bill will hurt
Vox
May 4, 2017

An urgent message about the latest GOP health bill
The Last Word with Lawrence O’Donnell
May 3, 2017

How Republicans’ Bill to Replace Obamacare Could Cut Billions of Dollars From America’s Schools
The 74
May 2, 2017