This week at CBPP, we focused on health care, Social Security, poverty and opportunity, climate change, the federal budget and taxes, and state budgets and taxes.

Chart of the Week: Policymakers Have Adjusted Disability Insurance Tax Rate to Reallocate Taxes Between Disability and Retirement Trust Funds 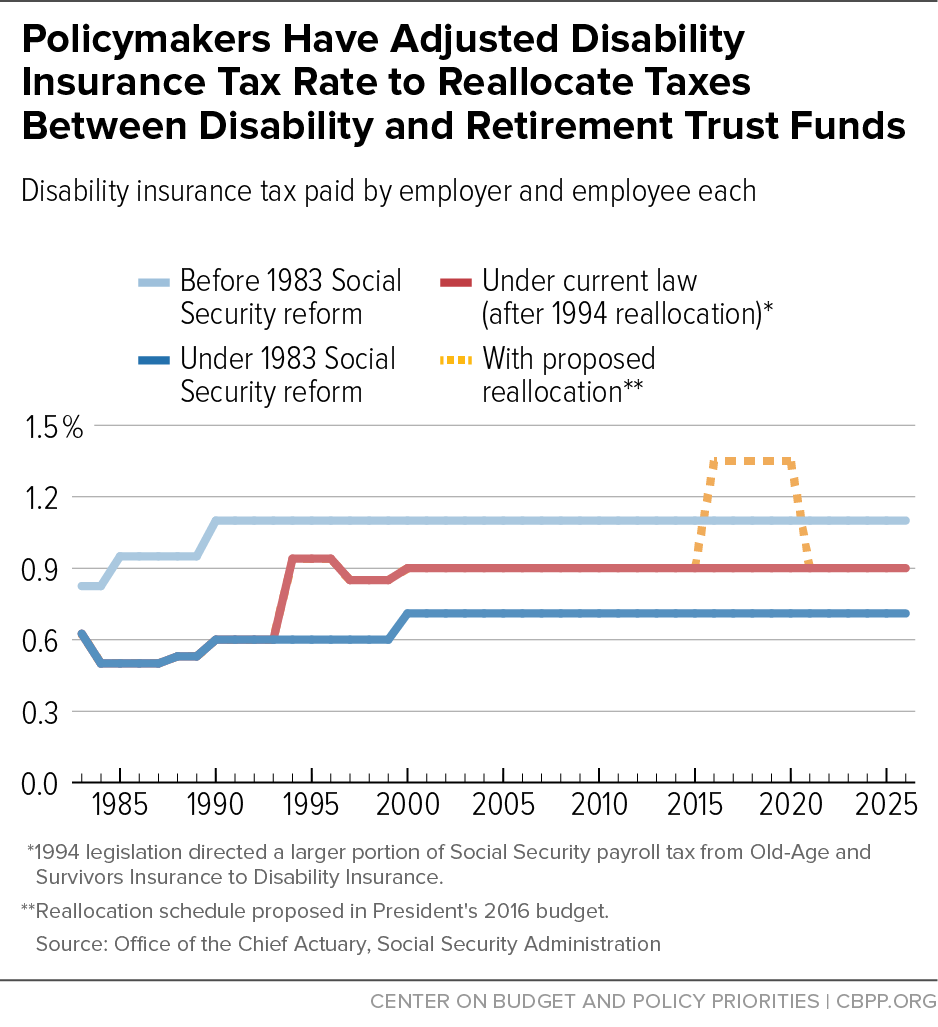 Janet Yellen and the Fed Did the Right Thing