This week at CBPP, we focused on the economy, state budgets and taxes, the federal budget, health reform, and Disability Insurance.

CBPP's Chart of the Week: The Decline in School Funding 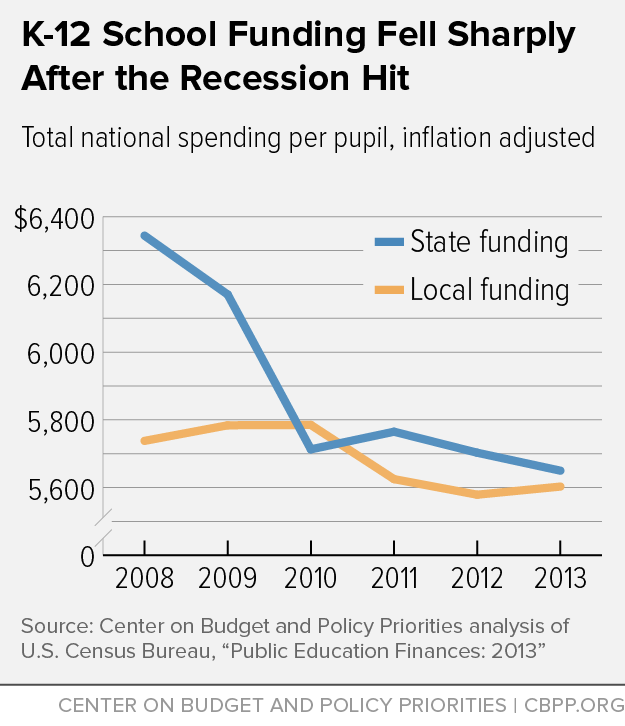 A variety of news outlets featured CBPP's work and experts recently. Here are some highlights:

Senate, Baker at odds over how to help low-income workers
Boston Globe
May 27, 2015

Despite An Economy On The Rise, American Paychecks Remain Stuck
NPR
May 26, 2015