TPC’s analysis illustrates how the combined effects of these policy decisions harm low-income families while benefiting many with higher incomes.  As the first chart below shows, families with children that have incomes between $100,000 and $200,000 would gain, on average, nearly $550 apiece in 2018, while families with incomes below $40,000 would lose, on average. 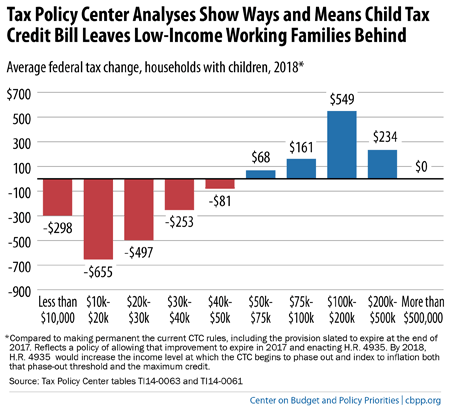 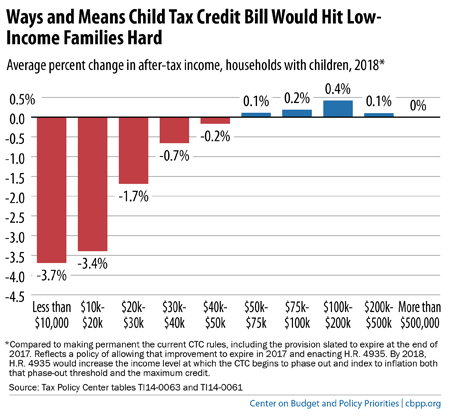 TPC’s analysis underscores the downsides of the Ways and Means bill for low-income working families.  These are parents who work for low or modest wages as cashiers, waitresses, home health aides, and day laborers; they clean office buildings or perform other low-paid work.  Policymakers should reverse course and put these families’ needs first, rather than last, when the full House considers the bill.