The share of Americans without health insurance fell for a second straight year, the Census Bureau announced today.  The data suggest that gains in children’s coverage and private coverage among the non-elderly, as well as greater enrollment in Medicare, are the key contributors. 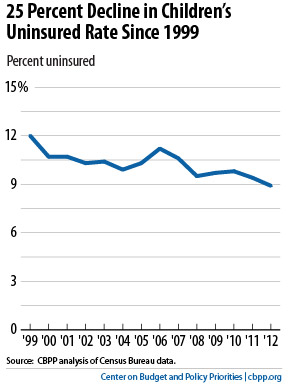 We’ll take a closer look at the Census findings in a report tomorrow.

Four Things to Look for in Tomorrow’s Health Coverage Data

Census: SNAP Lifted 4 Million People Out of Poverty in 2012 and Reduced Hardship for Millions More