The Administration’s proposed budget for 2008 calls for sizable cuts over the next five years in domestic discretionary programs — the programs (other than defense and international programs) that are funded each year through the annual appropriations process.  The reductions would start in 2008, when domestic discretionary programs as a whole would be funded below the levels recently enacted for 2007.[2]  The cuts would grow deeper each year after 2008 and would come from nearly every part of the domestic budget.

The largest cuts would come in 2012, when domestic discretionary programs would be cut $34 billion, or 7.6 percent, below the 2007 funding level, adjusted for inflation.  Over the 2008-2012 period, funding for domestic discretionary programs would be a total of $114 billion below the fiscal year 2007 level, adjusted for inflation.

Many of the proposed cuts would come from funds that are provided to state and local governments.  In 2008, funding for discretionary programs that provide grants to states and localities would be $11.2 billion lower than the 2006 funding level, adjusted for inflation, and funding for both discretionary and mandatory programs — but excluding Medicaid — would be $12.7 billion below the 2006 level.[3]  (Data on the level grants-in-aid that states will receive in 2007 are not yet available.  See Table A for state-by-state estimates of the loss of grants-in-aid in 2008 relative to the 2006 level.)

The cuts in funding for states and localities would deepen after 2008 as the cuts in domestic discretionary programs grow deeper.[4]  The proposed reductions in domestic discretionary programs would have the effect of shifting billions of dollars in costs on to states, requiring them to scale back key public services or raise taxes to plug the holes left by the federal funding reductions.

At the same time that the budget would reduce domestic discretionary funding, it would permanently extend virtually all of the tax cuts enacted in 2001 and 2003, at a cost of $317 billion in 2012 alone.[5]  This is several times the amount that would be saved by all of the reductions in domestic discretionary programs that the President’s budget proposes for that year.

The budget’s priorities are clear.  Extending the tax cuts, including those for the very affluent, takes precedence over maintaining current levels of investment in education and the environment, in the home energy assistance program upon which many poor seniors depend, in Head Start and child care for low-income children, and in programs that help states and localities combat crime.  Extending the tax cuts also takes precedence over fiscal responsibility:  the Administration’s budget would make deficits larger over the next five years than if current policies were continued,[6] and permanently extending the tax cuts would significantly worsen the nation’s long-term fiscal problems.

Making the tax cuts permanent also would take precedence over action to moderate the trend toward increasing income inequality.  Despite recent remarks by President Bush and Federal Reserve Chairman Bernanke highlighting the disturbing growth in inequality, the budget would further widen the gaps between the very wealthy and other Americans.  Households with incomes of more than $1 million would receive tax cuts averaging $162,000 in 2012 alone (and nearly that much in each of the preceding years), according to estimates by the Urban Institute-Brookings Institution Tax Policy Center.  Meanwhile, low-income households would be affected by cuts in areas such as child care assistance, help with home heating costs, and supplemental food packages for the elderly poor, as well as by other parts of the President’s budget, such as its failure to provide sufficient funding to enable states to continue insuring the same number of low-income children under their children’s health insurance programs.

[1] The authors would like to thank Matt Fiedler for his invaluable assistance in analyzing the President's funding proposals.

[2] In this analysis, proposed cuts in 2008 and subsequent years are calculated by comparing the proposed funding levels in the budget for those years with the level just enacted in the full-year continuing resolution for 2007 adjusted for inflation.

[3] Medicaid is traditionally excluded from this analysis because changes in Medicaid grants largely reflect inflation in health-care costs in the public and private sectors alike. Considering grants other than Medicaid gives a more accurate picture of the relative level of federal funding for state and local services. The President's budget does include cuts in Medicaid relative to the amounts required to maintain the program.  The large majority of those cuts would shift costs to states; see “The Administration Again Proposes to Shift Federal Medicaid Costs to States,” by Leighton Ku, Andy Schneider, and Judy Solomon, Center on Budget and Policy Priorities, February 2007, .

[6] A forthcoming Center analysis will discuss this issue in detail. 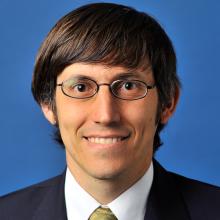