Some opponents of health reform argue that the new law’s individual mandate — the requirement that individuals must have health coverage or face a penalty — should be repealed but the law’s most popular insurance market reforms kept in place. These reforms will bar insurers from denying coverage to people with pre-existing conditions, charging higher premiums based on a person’s health status or gender, or placing annual or lifetime caps on covered benefits. This approach would be doomed to fail. An individual mandate is essential to the success of insurance market reforms and to keeping premiums affordable.

New requirements for private insurers to cover anyone who applies for a policy and prohibiting insurers from charging higher premiums based on a person’s health or other factors are long overdue and necessary improvements to health insurance markets. But if instituted in isolation, these reforms would tend to drive up premiums and thus make health care coverage less, not more, affordable.

That is because the people most likely to enroll in health coverage after enactment of such reforms would disproportionately be older people and people with pre-existing medical conditions, who previously had been unable to purchase insurance (or to obtain insurance that covers those conditions) and are the ones most urgently in need of health care. Healthier people, knowing they could wait to buy coverage until they got sick, would be less likely to enroll. This effect would drive up premiums significantly, since less healthy people cost more to treat — and thus to insure.

The resulting increase in premiums could further discourage healthy uninsured people from buying coverage and lead some individuals in better-than-average health who currently have coverage to decide to cancel it.[1] This, in turn, would raise premiums still higher, triggering a vicious cycle, or as Nobel prize-winning economist Paul Krugman (among others) has called it, a “death spiral.”[2]

To avoid this outcome, the health reform law will require individuals to have insurance or pay a penalty, beginning in 2014. The requirement will discourage healthier people from going without coverage until they get sick. The people newly signing up for coverage will thus represent a typical mix of healthy and less-healthy individuals. This will keep costs in check and prevent premiums from spiraling out of control. MIT health economist Jonathan Gruber estimates that removing the mandate would raise individual premiums in the new health insurance exchanges by 40 percent, because fewer healthy people would enroll.[3]

In addition, the individual mandate is key to reducing the ranks of the uninsured. Gruber estimates that 22 million fewer uninsured people would gain health insurance under reform if the mandate were removed.

Requiring individuals to have insurance should also encourage good behavior among insurers. With greater assurance of a well-balanced pool of healthy and sick customers, they will be able to better focus on managing costs and improving the quality of care, rather than on devoting extensive resources to “cherry-picking” – finding customers that are healthy and thus cheaper to cover – and deterring or denying the less healthy.

An individual mandate, of course, will not work without assistance to make coverage sufficiently affordable for people of modest means. That’s why the health reform bill also provides substantial subsidies for people with incomes up to $88,000 for a family of four who don’t receive coverage through their employer, Medicare or Medicaid, so they can afford to buy insurance on their own through the new health insurance exchanges.

Mandate Is Key to Ensuring Quality, Affordable Health Coverage for All Americans

Opponents of the individual mandate make many of the same arguments that opponents of Social Security made when it was first enacted. At the time, some argued that requiring people to pay a portion of their wages into Social Security was an infringement on personal liberty and an oppressive burden that the federal government had no right to impose.

Over time, however, the vast majority of people have come to recognize the value of protecting America’s seniors through Social Security. Mandatory Social Security provides critical help to people who hoped to save enough on their own for their retirement but didn’t succeed in doing so or were wiped out by an unexpected catastrophic cost, disability, or the loss of employment.

Similarly, the individual mandate will protect people who are healthy now and don’t think they need insurance but subsequently develop a serious illness or have a serious accident and otherwise would face exorbitant costs for care and possibly be forced into medical bankruptcy. It is an essential part of a package of health reforms that will move the nation a long way toward achieving another valued, common goal: quality, affordable health coverage for all Americans.

[3] Gruber, Jonathan, “Why We Need the Individual Mandate,” Center for American Progress, April 8, 2010. 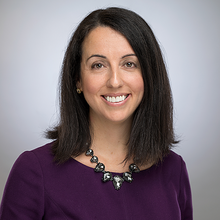