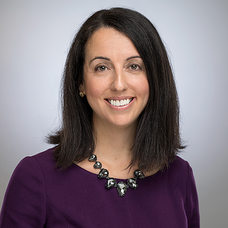 Shannon Buckingham is Senior Vice President for Communications and Senior Counselor. She develops and directs communications strategies to promote the Center’s work with the media and other key audiences to shape the public debate across a range of domestic policy issues.

Buckingham also advises the Center’s president on strategic policy and communications issues as well as organizational management, and serves as a spokesperson for the Center.

Buckingham rejoined the Center in 2017 after serving as Associate Director for Communications and Strategic Planning at the Office of Management and Budget (OMB) from 2015 to 2017. There, she led the development and execution of communications strategies related to the President’s budget, regulatory, and management priorities. She also advised the OMB Director and other senior White House leadership on communications issues.

Buckingham previously worked at the Center from 2005 to 2015, most recently as the Vice President for Communications. Prior to joining the Center she worked on a political campaign, and as an account executive at Golin/Harris International, a public relations agency in San Francisco.

She holds a Master’s degree in Public Policy and Administration from Columbia University’s School of International and Public Affairs and a Bachelor of Science in Foreign Service from Georgetown University.