The Senate Republican bill to repeal the Affordable Care Act (ACA) would increase the number of uninsured by 22 million people by 2026, the Congressional Budget Office estimates.  Ohio would see particularly deep coverage losses, because the Senate bill would effectively end the state’s Medicaid expansion under the ACA and would slash the subsidies that help people afford coverage in the individual market.  Many Ohioans who didn’t lose coverage under the Senate bill would end up with worse or less affordable health insurance.

The Senate bill would effectively end the ACA’s Medicaid expansion and would also radically restructure Medicaid funding in all states, cutting federal Medicaid spending by $772 billion over ten years and slashing enrollment by 15 million people by 2026. It would also cut subsidies that help people afford coverage and care in the individual market. Overall, the bill would cut more than $1.2 trillion from Medicaid and marketplace subsidies to finance tax cuts for high-income people and corporations.

Plan Would Leave Many of Ohio’s Workers Uninsured

In 2015, only 57 percent of employers nationally offered health benefits to their employees.  Many of those who don’t get coverage through their jobs rely on Medicaid coverage for themselves and their families.

630,000 Ohioans would likely lose the coverage they gained through Ohio’s Medicaid expansion under the Senate health bill.  Many work (or recently worked) in jobs that pay low or moderate wages but are crucial for the state’s economy.  For example: 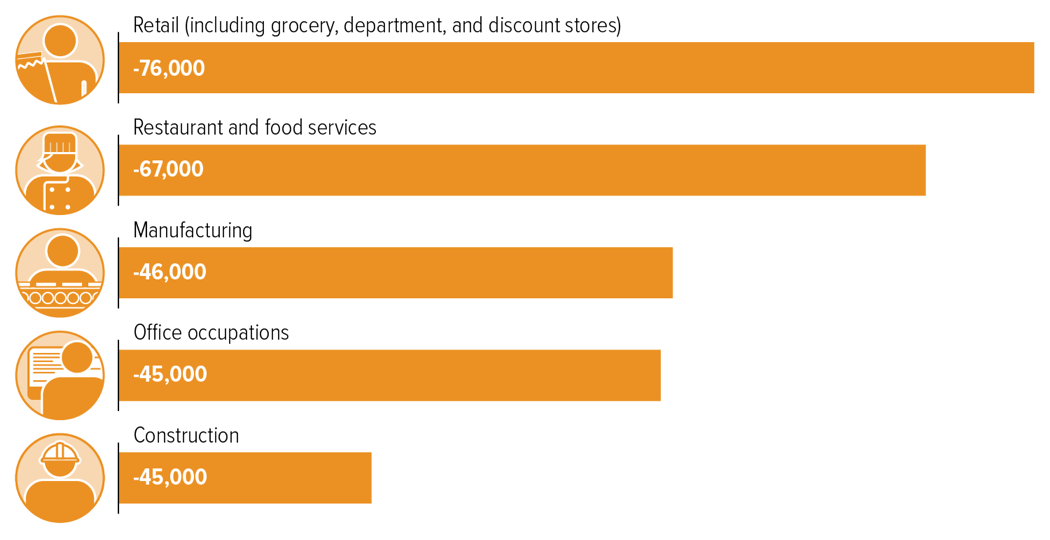 Without Medicaid expansion coverage, many of these Ohioans would likely become uninsured.  In addition, the Senate bill’s proposal to cap and cut federal Medicaid funding would result in deep and growing cuts to state Medicaid programs.  That would result in increasingly severe Medicaid cuts to the children, seniors, and people with disabilities in Ohio who rely on the program today.  They could end up uninsured or going without needed health and long-term care.

Topics:
Health, Health Reform
Stay up to date
Receive the latest news and reports from the Center