Centers for Medicare & Medicaid Services (CMS) guidance issued in January 2018 allows states — for the first time — to take Medicaid coverage away from people not engaging in work or work-related activities for a specified number of hours each month. CMS has already approved work requirement policies in Kentucky, Indiana, Arkansas, and New Hampshire — although a federal court vacated its approval of Kentucky’s proposal — and other states are seeking approval for similar approaches. The guidance follows unsuccessful attempts by congressional Republicans to allow states to tie Medicaid eligibility to work as part of bills to “repeal and replace” the Affordable Care Act (ACA).

CMS argues that work requirements will “promote better… health” because they will increase employment and thereby improve health and well-being.[2] These claims, however, are not based on evidence and do not withstand scrutiny.

[1] The full report is available at https://www.cbpp.org/research/health/taking-medicaid-coverage-away-from-people-not-meeting-work-requirements-will-reduce. 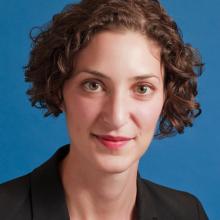