Congressional Republicans are making a last-ditch effort to repeal the Affordable Care Act (ACA) through their latest plan, from Senators Bill Cassidy and Lindsey Graham, and reportedly are close to securing the votes of 50 senators needed to push the bill through the Senate before fast-track reconciliation instructions expire on September 30. Such a strategy would violate the principles of “regular order” even more egregiously than the non-transparent, partisan process under which Congress has considered previous repeal bills. It would amount to passing a poorly understood bill through the Senate within two weeks without comprehensive hearings, floor debate, or input from constituents — and without a full Congressional Budget Office (CBO) analysis of the bill’s impact on coverage, on Medicaid, on access for people with pre-existing conditions, on premiums and out-of-pocket costs for people with individual-market coverage, and on the stability of the individual market. House members would then vote on the bill with no opportunity for changes.

Several senators, including Senators Cassidy and Graham, criticized the House earlier this year for rushing a bill that its members didn’t fully understand and in a process that wasn’t transparent. And several senators acknowledged after the Senate failed to pass a repeal bill in July that it was a mistake to go through a closed, partisan process, without a full set of hearings or public input. Senator John McCain, for example, called for a return to “regular order of committee hearings, open debate and amendments from both sides of the aisle,” while Senator Orrin Hatch argued that “it’s pretty clear that the parties will need to work together if any of this is going to improve.”[1] Indeed, bipartisan efforts are underway through regular order that could improve the health care system, through strengthening the individual market and extending funding for the Children’s Health Insurance Program.

Senate Can Pick Up Where It Left Off in July

When Senate Majority Leader Mitch McConnell pulled the House-passed American Health Care Act (AHCA) from the floor on July 28, he effectively pushed a “pause” button on the repeal process, allowing himself and the Senate to pick up exactly where they left off.

As of July 28, the Senate had already completed the required hours of debate over the AHCA and was taking up amendments to the bill. If McConnell chooses to move forward, he would presumably offer Cassidy-Graham as an amendment to the AHCA, which would effectively replace it as the text under consideration. If that amendment received the votes of 50 senators, the Senate could proceed to final passage, which could also occur with a simple majority vote. (Other amendments could also be offered under the “vote-a-rama” process.) Significantly, there would be no opportunity for floor debate on the Cassidy-Graham amendment, or any other amendment. The Senate must complete that process before midnight on September 30, when the reconciliation instructions passed in the 2017 budget resolution expire. Starting in October, the bill will no longer have its fast-track protection and so would surely require 60 votes to pass.

In order to be considered under reconciliation rules, the Cassidy-Graham bill must be analyzed by CBO to ensure that it reduces the deficit in both its first decade and afterwards. (The bill’s large cuts to health coverage in the near term and its even deeper cuts in the long term virtually guarantee that it would clear this bar.) In addition, the parliamentarian would have to rule that the bill complies with other aspects of the so-called Byrd rule, which governs what kinds of legislation the Senate may consider through reconciliation.

But CBO has made clear[5] it will not have an opportunity to provide estimates of the bill’s full impact on coverage and costs before the Senate (or House) must vote by the end of the month — and no such report is necessary for the bill to move forward. That means senators (and later, House members) would vote on the bill without a complete examination, by CBO or experts in an open hearing process, as to what it would actually do.

Such a CBO report would likely illustrate the ways that the bill’s cuts — $243 billion through a block grant and another $175 billion through a per capita cap to Medicaid between 2020 and 2026 — would shrink health coverage. And analysis of the bill’s even larger cuts in the second decade would show far deeper damage as the block grant disappears. (The cut would jump to $299 billion in 2027 alone.) Likewise, a CBO report could show how undoing the ACA’s basic structure, including its key consumer protections, could raise premiums for millions of people and put coverage entirely out of reach for people with pre-existing conditions.

This approach of voting without a full CBO analysis would be similar to the only other vote so far this year that has advanced a repeal bill: the House’s passage of the AHCA. In that case, House Republican leadership claimed that the so-called MacArthur amendment, which secured the votes needed for passage, would not undo protections for people with pre-existing conditions (and that the Upton amendment would adequately address any problems).[6] After passage, CBO verified critics’ concerns that the MacArthur amendment would undermine these protections and that the Upton amendment would have little effect; CBO estimated that states with one-sixth of the nation’s population would allow insurers to once again charge higher, unaffordable premiums to people with pre-existing conditions.[7]

As with the House vote on the AHCA, CBO would presumably provide a later report with comprehensive estimates of Cassidy-Graham’s impact. Thus, members who vote for Cassidy-Graham would still be confronted with a report showing that the bill they supported cuts coverage, raises costs, and removes protections for people with pre-existing conditions. But that report may not be available until after the bill has become law. Sen. Graham, among many other senators, himself criticized the House for rushing to passage without a score or an open process — yet he now advocates a nearly identical approach in the Senate.[9]

In every step of the ACA repeal process to date, repeal proponents have promised that a bill can be fixed later in the process so long as it moves forward. House members promised that the Senate would fixed the AHCA; by the time the Senate voted in late July, the pledge was that any further issues would be worked out in a conference in the House.

Even though the current version of Cassidy-Graham is the most poorly understood of any repeal bill that Congress has considered to date, there will be no similar opportunity for revision if it passes the Senate. As noted above, in order to pass the bill with a simple majority vote, the Senate must act by September 30, before reconciliation instructions expire. And if the House amended a Senate-passed bill, the bill would have to go back to the Senate, which would have to approve that amended bill by September 30 to retain its reconciliation protections — or else face a 60-vote threshold for passage.

In practice, that means the House would almost certainly face the prospect of a straight up-or-down vote on a repeal bill that has not been fully analyzed for its impact on the health of millions of people. Moreover, Republican House members in states that the bill targets for especially large cuts, like California, New York, and New Jersey, may be faced with a particularly stark choice of either voting against repeal or voting for a bill explicitly designed to penalize their state relative to other states. 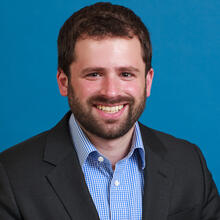