In the midst of a global pandemic and major recession, the Trump Administration and 18 state attorneys general are expected to file briefs this week asking the Supreme Court to strike down the entire Affordable Care Act (ACA). President Trump affirmed his commitment to his Administration’s stance last month, saying “we want to terminate health care under Obamacare.”[1] Striking down the law would cause millions to lose their health coverage, while delivering a large tax cut to the highest-income Americans and certain corporations.

"With the Supreme Court likely to decide the case in 2021, striking down the law would lead to even larger coverage losses."

Prior to the COVID-19 crisis, striking down the ACA would have caused 20 million people to lose health coverage, the Urban Institute estimated.[2] With the Supreme Court likely to decide the case in 2021, striking down the law would lead to even larger coverage losses, as millions more people are expected to turn to ACA programs for coverage due to the recession.[3]

But there would also be some winners from the lawsuit, because striking down the ACA would cut taxes sharply for the highest-income Americans and certain corporations. If the Administration’s position prevails:

In effect, the Administration and the state attorneys general are seeking a massive transfer of resources from low- and moderate-income people to those at the top of the income scale. The lawsuit would also widen racial gaps, with Black and Hispanic people disproportionately likely to lose health coverage and the overwhelming share of the tax cuts flowing to white people.

The ACA repeal case that will be decided by the Supreme Court (California v. Texas) argues that when Congress eliminated the ACA’s individual mandate penalty (the law’s financial penalty for going without health coverage), it rendered the entire ACA unconstitutional. Legal experts, including conservatives strongly opposed to the ACA, have called that argument “a mockery of the rule of law” and “outright ridiculous.”[5] Nonetheless, the Administration took the nearly unprecedented stance of refusing to defend federal law in court, ultimately adopting the position of the state attorneys general that the entire law should be struck down.

Striking down the ACA would end the law’s expansion of Medicaid to low-income adults, eliminate the health insurance marketplaces and premium tax credits that help millions of people afford individual market coverage, and end nationwide protections for people with pre-existing health conditions, as well as a range of other coverage expansions and consumer protections.

It would also eliminate the law’s revenue measures. The largest of these provisions are two taxes that apply exclusively to high-income households:

The Tax Policy Center estimates also take into account the repeal of additional ACA revenue measures, including a $2.8 billion annual fee on pharmaceutical corporations, limits on contributions to medical Flexible Spending Accounts, and the ACA employer mandate (a penalty that applies to certain employers not offering adequate health coverage).

The ACA used the revenue raised from taxes on high-income people and pharmaceutical corporations to help pay for Medicaid expansion to low-income adults, premium tax credits that make individual market coverage affordable for moderate-income people, and other coverage improvements. (Premium tax credits are available to people with incomes between 100 and 400 percent of the federal poverty line, or about $25,000 to $100,000 for a family of four.)

Striking down the ACA would thus transfer billions of dollars each year from low- and moderate-income people (who would lose subsidized health coverage) to high-income households and corporations (which would receive large tax cuts). Tax cuts for households with incomes above $200,000 alone would cost the federal government about $30 billion in 2020.[6] That’s more than a third of the federal cost of the ACA’s Medicaid expansion, meaning that it would pay for providing health coverage to more than 4 million people.[7]

And while the coverage losses from ending Medicaid expansion and the ACA’s premium tax credits would be concentrated among low- and moderate-income people, the benefits of the tax cuts would go overwhelmingly to those with the very highest incomes. For all income groups below the top decile, annual tax cuts would average about $100 or less, and for those between the 90th and 95th percentiles (incomes of about $250,000 to $350,000), they would average about $200. More than two-thirds of the total value of the tax cuts would flow to those in the top 1 percent of the income distribution and 42 percent to those in the top tenth of 1 percent — the highest-income 1 in 1,000 households, which would receive tax cuts averaging $198,000 per year.

Striking down the ACA would also widen racial gaps, with particularly large health coverage losses among Black and Hispanic people. In its pre-COVID-19 estimates, the Urban Institute projected that ACA repeal would cause nearly 1 in 10 non-elderly Black people, and 1 in 10 Hispanic people, to lose coverage, compared to about 1 in 16 white people. Meanwhile, the tax cuts that would result from striking down the law would flow disproportionately to white households, which are three times likelier than Black or Hispanic households to be in the top 1 percent of the income scale.[8]

[6] The Joint Committee on Taxation estimated in 2017 that repeal of the two Medicare taxes, which would only benefit households with incomes over $200,000, would cost $28 billion in 2020; the Tax Policy Center estimates indicate that these households would also receive about $2 billion from repeal of the other ACA revenue measures. See https://www.jct.gov/publications.html?func=startdown&id=4984 and https://www.jct.gov/publications.html?func=startdown&id=4988.

[7] The Congressional Budget Office estimates that the federal government will spend $78 billion in 2020 to cover 12 million people newly eligible for Medicaid through the ACA Medicaid expansion. See https://www.cbo.gov/system/files/2020-03/51298-2020-03-healthinsurance.pdf.

Commentary: At Its 10th Anniversary, the ACA Is Helping to Address Our Public Health and Economic Crisis 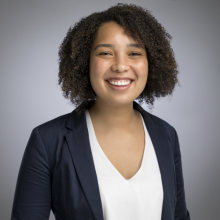