| By Emily Horton and Chuck Marr

For many veteran and military households, these credits make a major difference to their economic security.  For example, the federal EITC and CTC together keep roughly 140,000 veteran and military households from falling below the poverty line and lessen the severity of poverty for another 420,000 such families, based on the federal government’s Supplemental Poverty Measure (SPM).[1] (The SPM, unlike the official poverty measure, counts tax credits as income.)

Workers who don’t claim dependent children for tax purposes are eligible for little or no EITC; that’s partly why they’re the only group that the federal tax code actually taxes into poverty.[2]  Providing a more adequate EITC to these workers — including many low-income veterans and service members not raising children in the home — would boost their incomes and help offset their federal taxes, among other important benefits.[3]

More than 600,000 veterans and active duty service members would receive a new or larger EITC under President Obama’s and House Speaker Paul Ryan’s nearly identical proposals to strengthen the EITC for childless workers and non-custodial parents.  Their proposals would lower the eligibility age for the EITC for workers not raising children in the home to 21 and raise the maximum credit for these workers to roughly $1,000.  These changes would make significant progress toward meeting the core principle that no American worker should be taxed into poverty, though they wouldn’t fully reach that goal.

These bipartisan proposals to expand the EITC for low-wage workers who aren’t raising children in the home would extend its success to a diverse group of workers, including thousands of veterans and active duty service members, in every state.[4]  Table 1 below shows the number of veterans and service members benefitting from each proposal by state.  (See the appendix for additional notes on our methodology.)

Notes: State figures rounded to the nearest 1,000; national figures rounded to the nearest 100,000.  “Workers” refers to qualifying tax filers, or spouses, with one or more weeks of work during the tax year.  Estimates from CBPP analysis of data from U.S. Department of Treasury, Census Bureau’s March 2015 Current Population Survey (CPS), and American Community Survey (ACS) from 2012-2014.

a Numbers helped by the Ryan plan may be slightly smaller than listed for some groups because the Ryan proposal does not extend eligibility to workers age 65 and 66, as the Obama plan does.

The estimates in this analysis use a combination of IRS and Census Bureau data and Treasury estimates.

Estimates of veteran and military households receiving the EITC and/or refundable CTC.  IRS data (including IRS state data on the overlap between the EITC and refundable CTC compiled by the Brookings Metropolitan Policy Program) show that, in total, about 31.9 million households (filing units) received either the EITC or the low-income portion of the CTC in 2013.[6]  Census data from the March 2015 Current Population Survey (CPS) indicate that, nationally, 6.2 percent of such households have a member who is a veteran or serving in the military.[7]  Multiplying the 31.9 million total from IRS data by this 6.2 percent yields the number of veteran and military households receiving these credits nationally (2.0 million).[8]

We allocate this national total by state based on the estimated distribution of veterans and service members benefitting from these proposals in American Community Survey (ACS) data for 2012 to 2014.[10]

[1] These poverty figures use 2014 Census Bureau data.  The SPM poverty line for a couple with two children was $25,460 in 2014.  The poverty-reduction figures cited here include the entire CTC, both its low-income (that is, refundable) and non-refundable portions.  Refundable credits like the EITC and the low-income portion of the CTC help families whose incomes are so low that they owe little or no federal income tax.

[4] For more on how these proposals would benefit workers in each state, see our state fact sheets on the Earned Income and Child Tax Credits, http://www.cbpp.org/research/federal-tax/state-fact-sheets-the-earned-income-and-child-tax-credits.

[6] Published IRS figures show that 28.5 million tax filers claimed the EITC in tax year 2013 (https://www.irs.gov/pub/irs-soi/13in54cmcsv.xlsx).  In addition, according to IRS data compiled by the Brookings Institution’s Metropolitan Policy Program (https://www.brookings.edu/interactives/earned-income-tax-credit-eitc-interactive-and-resources/), approximately another 3.4 million tax filers claimed the low-income (refundable) portion of the CTC in 2013, not counting those who also claimed the EITC, for a total of about 31.9 million families who claimed either credit.

[7] Taxes and tax credits in the CPS are estimated by the Census Bureau based on income and other information provided by CPS respondents.

[8] The Census data undercount the total number of households receiving the EITC and CTC.  For this reason, we start with the actual number of households receiving the credit in IRS records and use Census data to estimate the share of participating families that are armed-forces families.  If we used only the Census data, the results would be similar but somewhat lower.  In some respects, our estimates are low.  They leave out some armed-forces members and their families that we could not reliably identify from the Census data, such as families with a member of the military who is serving overseas, stationed in barracks, or living in a household without any civilians (such service members are not included in CPS counts of armed-forces members).  Moreover, we do not count families where the only current or former service member is a dependent living at home.  For example, a recently discharged veteran with service-related disabilities living with his or her parents and working some hours during the year would most likely count as a tax dependent for these calculations and would therefore not be included in our tally.

[9] Numbers helped by the Ryan plan may be slightly smaller than listed for some groups because the Ryan proposal does not extend eligibility to workers age 65 and 66, as the Obama plan does.

[10] We estimate families’ taxes and tax credits in the ACS based on income and other information provided by ACS respondents.  The estimates use three years of data from the ACS to improve reliability. 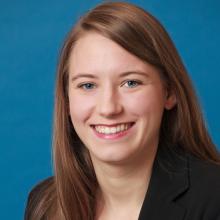