Why the Federal Government Should Support Puerto Rico’s New EITC

Puerto Rico faces a host of daunting challenges, including chronically high poverty (especially among children), low labor force participation, over a decade of economic decline, an unsustainably high debt burden, and the lingering effects of the devastating hurricanes of 2017 that make its long-term prosperity harder to attain. To address these challenges, the Commonwealth needs a comprehensive economic package that centers around powerful tools such as the Earned Income Tax Credit (EITC) — which goes to low- and moderate-income working people, encourages work, and is one of the nation’s most effective anti-poverty programs.[1]

"A proposal to provide federal support for expanding Puerto Rico’s EITC, which the House Ways and Means Committee approved in June, would prove very helpful."

Puerto Rico took an important step by creating its own EITC, which took effect this year, but it lacks the funds to make the credit robust enough to address those challenges more fully.[2] That’s why a proposal to provide federal support for expanding Puerto Rico’s EITC, which the House Ways and Means Committee approved in June and which mirrors other congressional proposals, would prove very helpful.

The President and Congress created the EITC in 1975 in part to offset the impact of Social Security payroll taxes on low-wage workers. As evidence grew in ensuing decades that the EITC encourages work and boosts incomes in the short term while improving educational, occupational, and health outcomes in the long term, Presidents of both parties — Republicans Reagan, Bush, and Bush and Democrats Clinton and Obama — supported EITC expansions that have extended the credit to many more working families. And its impact has proved quite significant. In 2018, the EITC lifted 5.3 million people, including 2.7 million children, out of poverty and lifted another 17.6 million poor people, including 6.6 million children, closer to the poverty line. Meanwhile, the EITC’s effectiveness has helped persuade a growing number of states to enact state EITCs to further supplement the wages of low-income workers, as 29 states and the District of Columbia have done — often on a bipartisan basis among governors and state legislators.

The EITC could prove particularly important to overcoming deep poverty and chronically low labor participation in Puerto Rico. Close to 43 percent of its population lives in poverty, more than double the poverty rate of Mississippi, which at 19.7 percent ranks as the highest among the states. Child poverty is even higher at nearly 57 percent, while labor force participation amounts to just 40.8 percent, compared to the national figure of 63.2 percent.

Puerto Rico is no stranger to the EITC. The Commonwealth first enacted its own EITC in 2006 and expanded it in 2010, but it repealed the credit in 2014 due to its deepening fiscal crisis. That credit, however, was far too modest to begin with. It “did not eliminate high implicit tax rates on low-income employees or do enough to incentivize formal employment,” according to the 2019 fiscal plan for Puerto Rico that was certified by the Financial Oversight and Management Board — which the President and Congress created in 2016 to enable the Commonwealth to restructure its debt.[3]

Puerto Rico’s new EITC will cost the Commonwealth an estimated $204 million a year and provide a maximum credit of between $300 and $2,000, depending on such family factors as marital status and the number of dependent children. It’s substantially better than Puerto Rico’s earlier EITC, the benefits of which were not adjusted for such family factors. The new credit is expected to better target resources to boost incentives for labor force participation, reduce child poverty, and provide needed support to working families.

The Commonwealth’s new EITC phases in at a much lower rate than the federal EITC, and the maximum annual credit for a single parent with two children is $1,500, compared to $5,828 for the federal EITC. In states that have created their own EITCs, the gap between what workers in those states can receive from the combination of federal and state EITCs and what Puerto Rico’s workers can receive from its own EITC is even greater.

That’s why proposals in Congress to provide federal support for Puerto Rico’s EITC are so important to the Commonwealth’s future. The Ways and Means Committee plan would provide about $600 million a year to enable the Commonwealth to expand its new EITC.[4] President Obama also proposed $600 million a year for a Puerto Rico EITC in his fiscal year 2017 budget, though Congress didn’t act on his proposal.

With $600 million in federal funds, the Commonwealth could expand its new EITC from $200 million a year to $800 million. That three-to-one federal match would leverage Puerto Rico’s contribution and ensure that its EITC would be effective and sustainable, significantly boost the income of low- and moderate-income working families, and draw workers from the informal into the formal economy. The Oversight Board has strongly endorsed such a proposal and called for its enactment.

To put a $600 million federal investment in Puerto Rico’s EITC into context, consider this: It’s far less than the nearly $1.1 billion that low-wage workers in Mississippi, the poorest state in the nation, claimed in 2016 in federal EITC dollars — even though Puerto Rico and Mississippi each has a population of about 3 million people and Puerto Rico’s median income is less than half of Mississippi’s.

As policymakers explore ways to reduce poverty and increase labor force participation in Puerto Rico, they should pay particular attention to providing this additional federal support to enable its new EITC to reach more people, which would further encourage work in the formal economy, boost the incomes of low-wage workers, and reduce child poverty.

Puerto Rico on Verge of Implementing an EITC

Rosanna Torres
Rosanna Torres is the Director of the Washington D.C. office for the Center for a New Economy, a nonpartisan think tank in Puerto Rico. 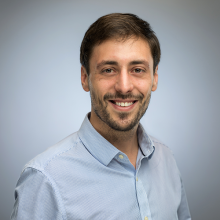