A provision now added to the small business jobs bill the House is expected to vote on later this week would extend the TANF Emergency Fund, which is set to expire September 30.  This provision would help create and preserve jobs, support small businesses, and strengthen overall demand. [1]

The Emergency Fund, included in last year’s Recovery Act, has enabled states to create subsidized jobs for large numbers of low-income individuals who otherwise would be unemployed; more than 30 states are using the fund to create and preserve about 160,000 jobs (see map, below). The fund has also helped small businesses by defraying one of their key costs — employee wages —thereby enabling many firms to add staff they otherwise could not afford. In addition, the fund has strengthened overall consumer demand by enabling states to respond to the growing need among very poor parents and children for basic cash assistance and short-term, non-recurring needs.[2]

The fund is set to set to expire, however, on September 30, at a time when unemployment will still be very high and increasing numbers of individuals will have exhausted their unemployment benefits. States are already planning to start dismantling their subsidized jobs programs in anticipation of this withdrawal of federal financial help. If Congress fails to extend the fund, many of the 160,000 jobs it has helped create will be lost, and the additional subsidized jobs that small firms would create if additional funding were available will fail to materialize.

The fund’s expiration would also pose problems for small businesses. If firms participating in the program have not recovered enough to afford the wage costs, they will have to reduce staffing, and the individuals they hired with the help of the subsidy will again be unemployed. This would be a setback both for the economic recovery and for small firms participating in the program.

How the Subsidized Jobs Programs Work

Under the TANF Emergency Fund, each state — and in some states, each county or region — can design its own model of how subsidized job placements work, and states are using a range of models. This has enabled states and local areas to design their subsidized job programs in ways that best fit the needs of local businesses and communities.

Many states subsidize all, or nearly all, of the cost of the wages, while other states use a more modest, partial subsidy or one that declines over a period of months. Most commonly, states subsidize job placements that last six months; a few are shorter, and some are longer. States also have flexibility to determine who can qualify for a subsidized job. States need not limit participation to families receiving cash assistance, and a number of states are targeting a broader group of low-income unemployed parents, including those who are receiving — or exhausting — unemployment benefits. In all cases, the individual employer decides whom to hire, ensuring that firms are able to hire people who are a good fit for them.

Subsidizing all or much of an employee’s wage costs for a period of time is of particular help to small businesses that are not certain when they will be able to fully support the costs of hiring new workers. Although some TANF subsidized jobs programs require employers to hire the individual at the end of the subsidy period, others do not or simply encourage employers to do so. Either arrangement may actually be more beneficial to some small employers than the measures included in the jobs bill President Obama signed on March 18, which provides a temporary Social Security payroll tax suspension (equal to 6.2 percent of wages) through the end of the year and a $1,000 tax credit if the firm retains the new employee for a year.

The President observed when signing the legislation, “There is a lot more we need to do to spur hiring in the private sector and bring about a full economic recovery.” Extending the TANF Emergency Fund is one such step that can be especially beneficial to small businesses. The fund has helped small firms in three ways:

Examples of the TANF Emergency Fund at Work 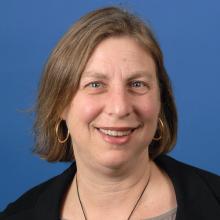