| By Jesse Cross-Call and Judith Solomon

Twenty-eight states and the District of Columbia are implementing health reform’s Medicaid expansion.  In 2014, Arkansas, Iowa, and Michigan expanded through federally approved Medicaid demonstration projects, or “waivers,” and on February 1, Indiana’s Medicaid expansion waiver took effect.  Waivers give states additional flexibility in how they operate their Medicaid programs.

The programmatic flexibility a waiver can provide, however, is limited.  For example, a state cannot use a waiver to impose onerous requirements that make it difficult for eligible individuals to gain and maintain Medicaid coverage.  All waivers must serve a demonstration purpose that promotes Medicaid’s objectives, which are to deliver health care services to vulnerable populations who can’t afford the health care services and long-term care services and supports that they need.

In approving the Arkansas, Indiana, Iowa, and Michigan expansion waivers, the federal government allowed those states to, for example, enroll some or all of their newly eligible Medicaid beneficiaries in private coverage offered through the health insurance marketplaces and to charge beneficiaries modest premiums.  At the same time, the federal government scaled back state proposals to limit certain health benefits.  It also rejected state proposals to condition eligibility on participation in work search activities and to condition coverage for beneficiaries with incomes below the poverty line on payment of premiums.  The federal government has not allowed states to impose cost-sharing charges beyond what Medicaid rules already allow, unless the state meets strict criteria for cost-sharing waivers set forth in the Medicaid statute.

The Evolving Role of Waivers Under the Medicaid Expansion

Prior to health reform, the typical state provided limited Medicaid coverage to parents under age 65 without a disability and did not cover non-elderly and non-disabled adults without children at all.[1]  The handful of states that provided coverage to poor adults without children did so through demonstration projects authorized under section 1115 of the Social Security Act, which allows the Secretary of Health and Human Services (HHS) to waive certain provisions of Medicaid law and provide federal matching funds for state Medicaid spending that would not otherwise be matched to conduct an “experimental, pilot, or demonstration project” that is “likely to assist in promoting the objectives” of the Medicaid program.[2]

Section 1115 waivers must be budget neutral to the federal government.  That is, the federal government cannot spend more under the waiver than it would spend without the waiver.  For waivers prior to health reform, this meant that for a state to cover adults who were not otherwise eligible for Medicaid — which would raise federal costs because the federal government provides matching funds for state Medicaid spending — states had to produce offsetting savings, such as greater use of managed care, while also limiting the cost of the expansion itself.  To this end, states limited expansion costs through tools like benefit and enrollment limits, premiums, and cost-sharing generally not allowed for beneficiaries eligible under traditional Medicaid rules.[3]

Health reform’s Medicaid expansion established a pathway to coverage for all non-elderly adults with incomes up to 138 percent of the poverty line, including, for the first time, low-income adults without children.  While the 2012 Supreme Court decision upholding the health reform law made the Medicaid expansion a state-by-state decision, health reform’s explicit pathway to coverage for low-income childless adults means that they are entitled to the same protections as other mandatory groups of Medicaid beneficiaries when a state expands, even under a waiver.  As a result, states can no longer implement provisions of certain waivers approved prior to health reform that treat this population as outside Medicaid’s protections;[4] for example, HHS will not approve expansion proposals that include enrollment caps, limits on most mandatory benefits, and excessive premiums for individuals with very low incomes.

Most states that elected to expand Medicaid after the 2012 Supreme Court decision simply amended their Medicaid state plans to extend coverage to the new adult eligibility group.  In February 2013, however, Arkansas introduced a new expansion approach when it decided to apply instead for a section 1115 waiver, in part to overcome opposition in the state legislature to a straightforward expansion.

The Arkansas waiver that HHS approved in September 2013 relies on existing “premium assistance” authority in the Medicaid statute.  This authority allows states to purchase private coverage with Medicaid dollars — typically to subsidize employee premiums for job-based coverage — so long as it is cost effective (i.e., doing so costs the same as or less than the cost of providing coverage through regular Medicaid).  The Arkansas waiver allows the state to use federal Medicaid funds to purchase marketplace plans — known as Qualified Health Plans (QHPs) — for almost everyone newly eligible for Medicaid in the state.[5]  Arkansas needed a waiver because it is requiring beneficiaries to enroll in QHPs rather than giving them a choice between a QHP and regular Medicaid, as Medicaid rules require.

Before and during negotiations with Arkansas state officials, HHS set limits on the use of waivers and other possible variations for states taking up the Medicaid expansion:

Since HHS approved Arkansas’ expansion waiver, three other states — Indiana, Iowa, and Michigan — have implemented HHS-approved expansion waivers.[9]  In addition, New Hampshire has a waiver application pending.  (See Appendix for a summary of approved and pending expansion waivers.)  As additional states consider expanding Medicaid through waivers, state policymakers should consider the limits that HHS has placed on waivers so far:

States considering a waiver as the way to expand Medicaid should be mindful of the limitations HHS has established so far.  For example, while HHS has permitted states to use federal Medicaid funds to purchase QHP coverage in the marketplaces for newly eligible beneficiaries and to explore ways to encourage healthy behaviors, it has indicated that any waiver must be “likely to assist in promoting the objectives” of Medicaid and cannot make it more difficult for individuals to access and maintain coverage.  As a result, state policymakers should understand that HHS is unlikely to approve waiver proposals that include premiums and cost-sharing charges beyond what a low-income person can reasonably afford, impose restrictive limits on certain health benefits, or deny or terminate Medicaid coverage for someone judged not to be complying with work requirements.

All newly eligible adults except those who are “medically frail” receive premium assistance to purchase coverage in a marketplace Qualified Health Plan (QHP).  This is an especially large group in Arkansas: prior to health reform, among adults, the state only covered parents with incomes up to 17 percent of the poverty line and provided no coverage for childless adults.  Beneficiaries in Arkansas are not charged premiums, and only those with incomes above the poverty line pay cost-sharing charges.  (State legislation passed in 2014 requires the state to seek approval for an amendment to its waiver so that, beginning in 2015, beneficiaries with incomes above 50 percent of the poverty line will be liable for cost-sharing charges and limits will be placed on Medicaid’s non-emergency transportation benefit.)

A beneficiary’s premium payments are deposited into a “POWER” account, which can be used to pay for co-payments and other cost-sharing charges.

Iowa expanded Medicaid through two waivers.  The state gives eligible individuals with incomes between 100 and 138 percent of the poverty line premium assistance to purchase coverage in a QHP.  The state will charge a monthly premium of up to a $10 for individuals in this income range who do not complete a wellness protocol or attest to financial hardship.  Beneficiaries with incomes between 50 and 100 percent of the poverty line are enrolled in coverage through Medicaid, not a QHP, but still pay up to $5 in monthly premiums.  For both groups, these premium requirements do not apply until an individual’s second year of enrollment and coverage cannot be terminated for non-payment of premiums.

Similar to Iowa, Michigan gained approval to charge premiums to individuals with incomes between 100 and 138 percent of the poverty line (though Michigan enrolls these individuals in Medicaid, not QHPs).  Michigan’s waiver also sets up “MI Health Accounts”; beneficiaries with incomes between 100 and 138 percent of the poverty line must pay a monthly premium into their account of up to 2 percent of their income, and their copayment amounts will be based on their previous six months of copayments.  Individuals with incomes below 100 percent of poverty will make contributions to their accounts to go toward copayment liabilities but will not be charged premiums.  For all beneficiaries, copayments cannot exceed those allowed under Medicaid rules.

In March 2014, the New Hampshire legislature passed, and Governor Maggie Hassan signed into law, legislation that expands Medicaid and directs the state to apply for a waiver.  Beginning July 1, newly eligible individuals began enrolling in Medicaid through the state’s managed care program, and their coverage became effective beginning August 15.  As required by the legislation, the state submitted a waiver application to HHS in November 2014.  If approved, the waiver would have newly eligible individuals use premium assistance to purchase coverage in a QHP through the state’s marketplace, beginning in 2016.

[1] In the typical state, a working parent had to earn less than 61 percent of the poverty line (about $12,100 for a family of three), and an unemployed parent had to have an income below 37 percent of the poverty line (about $7,300), to be eligible for Medicaid.  Most states did not provide coverage to low-income, non-disabled adults without dependent children at any income level.  Under the Medicaid expansion, all adults in a state with incomes less than 138 percent of poverty (about $16,100 for an individual and $27,300 for a family of three) become eligible.

[4] For example, several court decisions prior to enactment of the Affordable Care Act found that childless adults receiving coverage through section 1115 waivers were not entitled to the cost-sharing protections afforded to other beneficiaries as they did not constitute a traditional Medicaid population.  See Spry v. Thompson, 487 F.3d 1272 (9th Cir. 2007).

[9] HHS approved Pennsylvania’s waiver in August in 2014 and it took effect January 1, 2015.  However, newly elected Governor Tom Wolf announced on February 9 that the state would not implement the waiver and would instead move to a straight Medicaid expansion.

[10] HHS initially allowed Iowa to terminate coverage for non-payment of premiums for people with incomes above the poverty line, but Iowa amended the terms and conditions of the waiver so that no beneficiaries will lose coverage for failure to pay premiums.

[11] Section 1916(f) provides strict criteria for waivers of cost-sharing rules that can last no longer than two years.  A waiver must test a “unique and previously untested use of copayments” and must use control groups, and participation must be voluntary for beneficiaries.

[13] An HHS spokesman made this line clear during negotiations with Utah Governor Gary Herbert by saying, “work initiatives are not the purpose of the Medicaid program and cannot be a condition of Medicaid eligibility.”  Michelle Price, “Feds: Utah will not get Medicaid work requirement,” Associated Press, January 7, 2015. 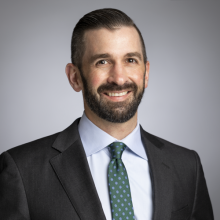