As the New York Times’ 20-year retrospective on welfare reform shows, states haven’t used their flexibility under the 1996 welfare law (which created the Temporary Assistance for Needy Families block grant, or TANF) to prepare the poorest families for work or provide an adequate safety net when they can’t work.

Instead of investing more to connect families to work and developing innovative strategies for families with serious employment barriers, states have shifted billions of dollars of TANF funds to other uses while providing basic cash assistance to fewer and fewer needy families.

Ron Haskins, a key architect of the 1996 law as a senior Republican House staff member, told the Times, “I have to say that what has happened with welfare reform has caused me to reevaluate my confidence that the states will do the right thing.”

Our detailed 2015 examination of state TANF spending shows that: 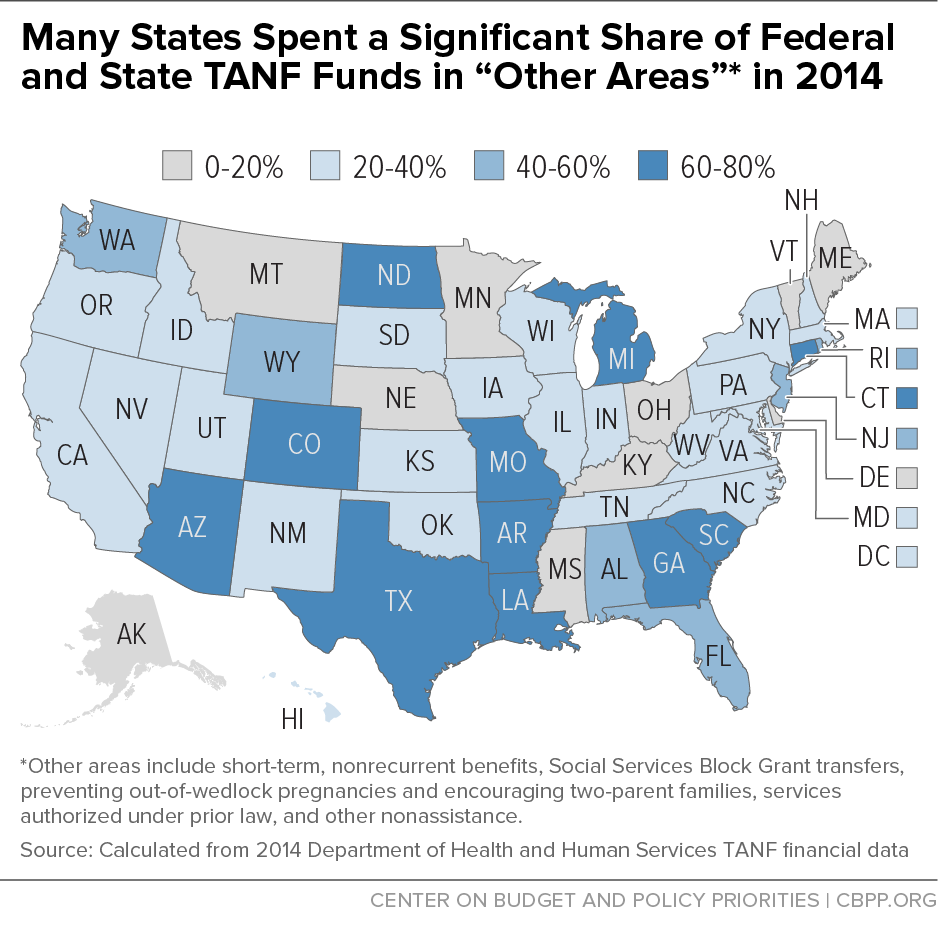 Policymakers should keep states’ poor performance under TANF in mind when evaluating proposals to expand state control over other parts of the safety net.