Treasury Secretary Steven Mnuchin said today that the Administration places “very, very, very high” importance on its proposal for a territorial tax system that, President Trump says, will “level the playing field for American companies” — but that, in reality, risks disadvantaging small and domestic U.S. businesses relative to multinationals and threatening U.S. revenues and wages.

Mnuchin’s comments highlight a key reversal in President Trump’s tax policy between his campaign and his presidency. While his tax plan largely mirrors his campaign tax plan, providing more than $5 trillion in tax cuts mostly for the wealthy, one big change is its proposal for a territorial tax system, which would exempt the foreign profits of U.S. multinational corporations from U.S. taxes. The campaign plan would have required U.S. multinationals to immediately pay tax on their foreign profits at the same rate as domestic profits.

As our brief explains, a territorial system would bring the following problems: 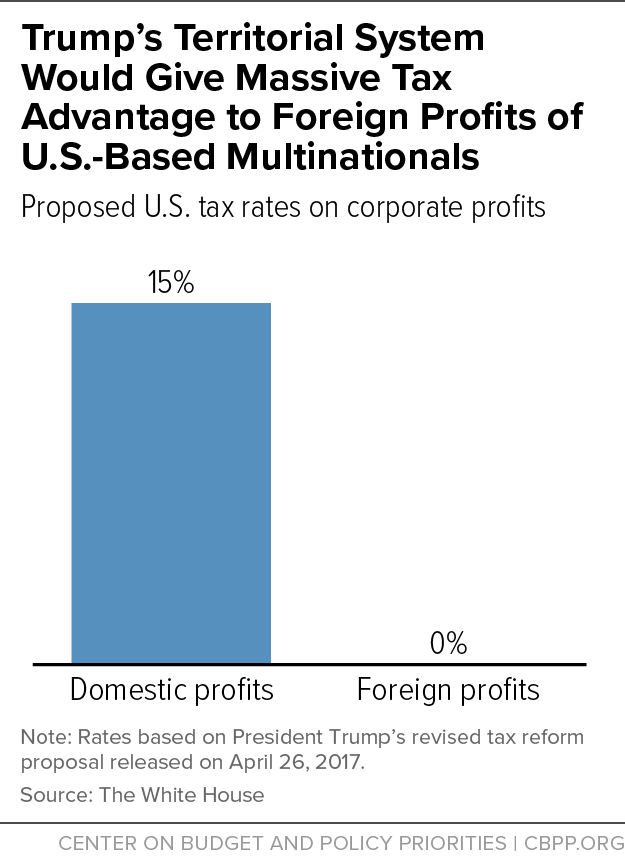 There are sound ways to reform the international tax system in order to reduce both corporate tax avoidance and the tax advantage that foreign profits now enjoy. The President’s territorial system, however, would worsen these problems, and his repeated promises to fight for American jobs and workers ring hollow in light of this proposal.