President Trump’s “skinny” budget for 2018 proposes cuts to non-defense discretionary (NDD) programs that would be particularly damaging because, as the chart shows, they target many programs that policymakers have already cut significantly over the past seven years. His budget boosts defense spending by $54 billion and raises funding for the Departments of Veterans Affairs and Homeland Security, offsetting these increases by cutting funding for the remaining NDD programs to more than 30 percent below the 2010 level, after adjusting for inflation.

Several departments would be hit even harder (the full data are available here):

As we’ve highlighted, the Trump cuts would harm investments that help working-class Americans and increase the nation’s future productivity. Policymakers should recognize that sequestration cuts are deep in both defense and non-defense and provide sequestration relief for both in 2018, as they’ve done on a bipartisan basis for each year through 2017. 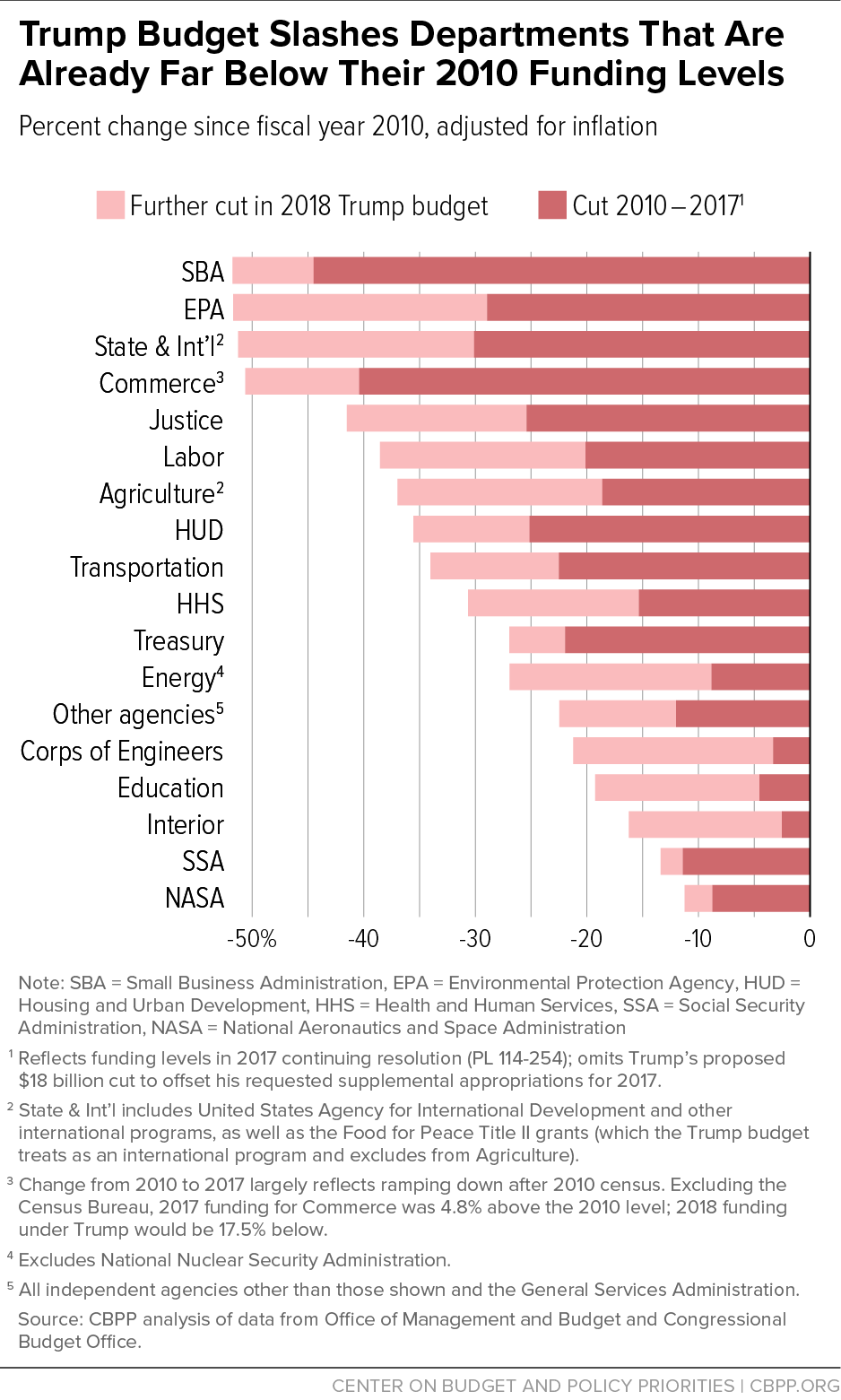 Trump Budget Harms Those He Promised to Help

Will Congress Ease the Continuing Pressure on Non-Defense Discretionary Programs or Worsen It?