Thinking About Tax Policy, Part 3: In the Search for More Revenue, Start at the Top

As this series has explained, our unsustainable budget deficits should remain in the forefront of tax policy discussions.  Given the need for more revenue, it is fortunate that taxes are low both historically and compared to other countries.

So the next question is: Where should we look first for more revenue?

Trends over recent decades in both income inequality and tax policy strongly suggest that we should start at the top of the income scale.  Here’s why: 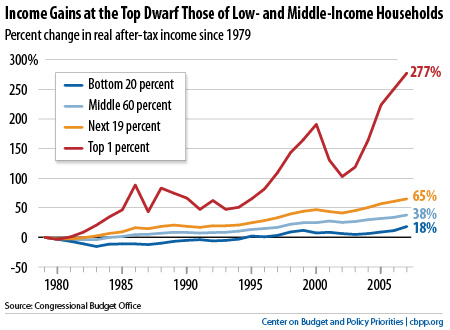 April 16, 2012
PreviousReality Check on Who Pays Taxes
NextRyan Budget Would Raise Some Taxes; Guess Who Gets Hit?
Stay up to date
Receive the latest news and reports from the Center