As policymakers write the next Farm Bill, which authorizes SNAP (formerly known as food stamps), some have expressed interest in increasing work among participants. But as our new paper explains, the evidence shows that most SNAP participants are working when they can, and SNAP helps both workers with consistently low wages and those who are in and out of work. 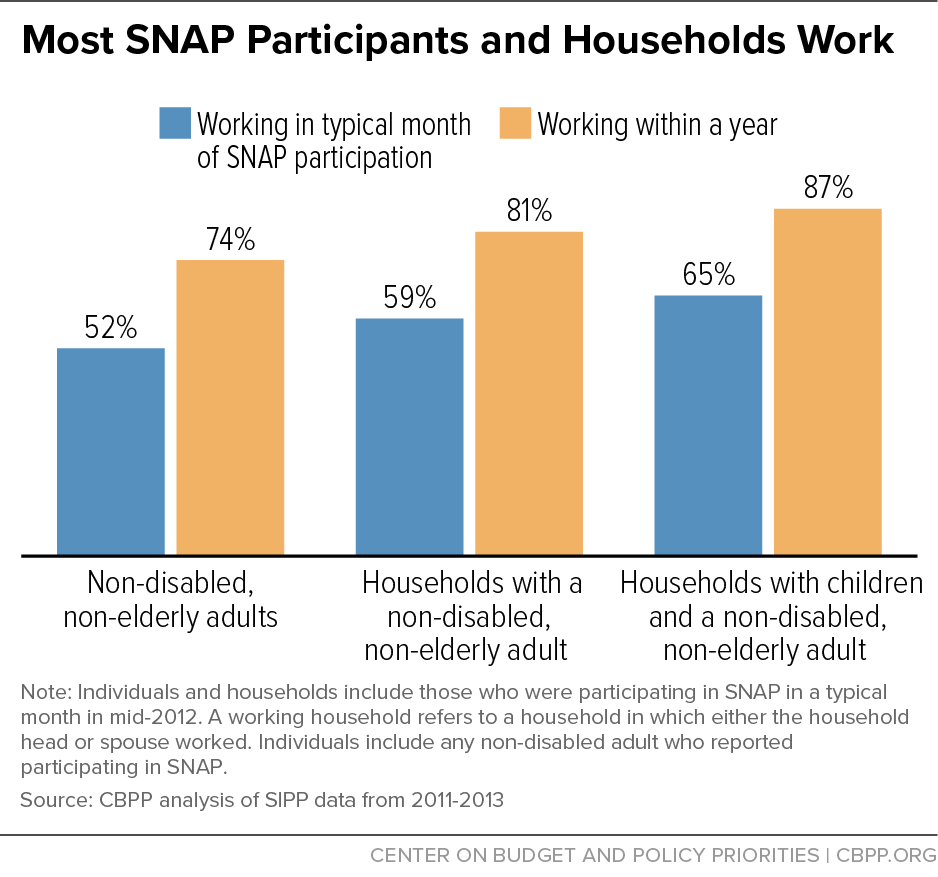 For the small share of participants who are consistently out of work, results from other programs show that work requirements rarely lead to significant increases in meaningful employment, and often result in increased poverty for those who lose benefits without increasing earnings. The most successful interventions offer intensive assessment and training services, which are extremely expensive, and are provided for voluntary participants.

Moreover, SNAP already has work requirements, and its structure further incentivizes work among participants. New, harsher rules around work won’t boost work rates for people who use SNAP, but will make it harder for them to put food on the table.

March 1, 2018
PreviousStruggling Workers Won’t Get Help from Work Requirements, or Trump’s Budget
NextNew Reports Add to Case Against Trump Housing Proposals
Stay up to date
Receive the latest news and reports from the Center