Shortchanging the Census Would Shortchange Many Communities

The Senate Appropriations Committee has approved a 2018 funding bill that would dramatically underfund the Census Bureau and, in particular, the work needed to ensure that the constitutionally-required 2020 decennial census provides an accurate picture of every community in America. This underfunding could endanger the comprehensiveness and accuracy of the data that businesses, communities, and governments use to decide where to invest resources that help build our economy and support our communities.

The plan would give the Bureau a mere 3 percent funding increase (up $51 million from $1.47 billion in 2017) and just 11 percent more than in 2016. That’s too little to ramp up for the massive census operation and far less than policymakers provided in past decades at a comparable stage in census preparations. During this stage of the decade in each of the three previous censuses, the President and Congress approved a two-year increase that, in percentage terms, was at least seven times larger than the two-year increase that the Senate Appropriations Committee has approved — including a 79 percent increase from 2006 to 2008 during the George W. Bush administration and even larger increases in the two prior decades, as I recently wrote.

President Trump requested an even smaller increase in his 2018 budget than what the Senate Appropriations Committee provided.

The census is one of the very first specific tasks that the United States Constitution requires of government leaders (in Article I, Section II). The information it provides permits fair apportionment of seats in the U.S. House and in state legislatures, helps guide business decisions, and enables communities to plan.

Census underfunding should worry communities around the nation. The census is used, directly or indirectly, to allot billions of dollars a year in federal resources for medical care, education, highway construction, and other community needs, as George Washington University’s Andrew Reamer has written. (See graphic.) A badly executed census could deprive many communities of their fair share of these resources. 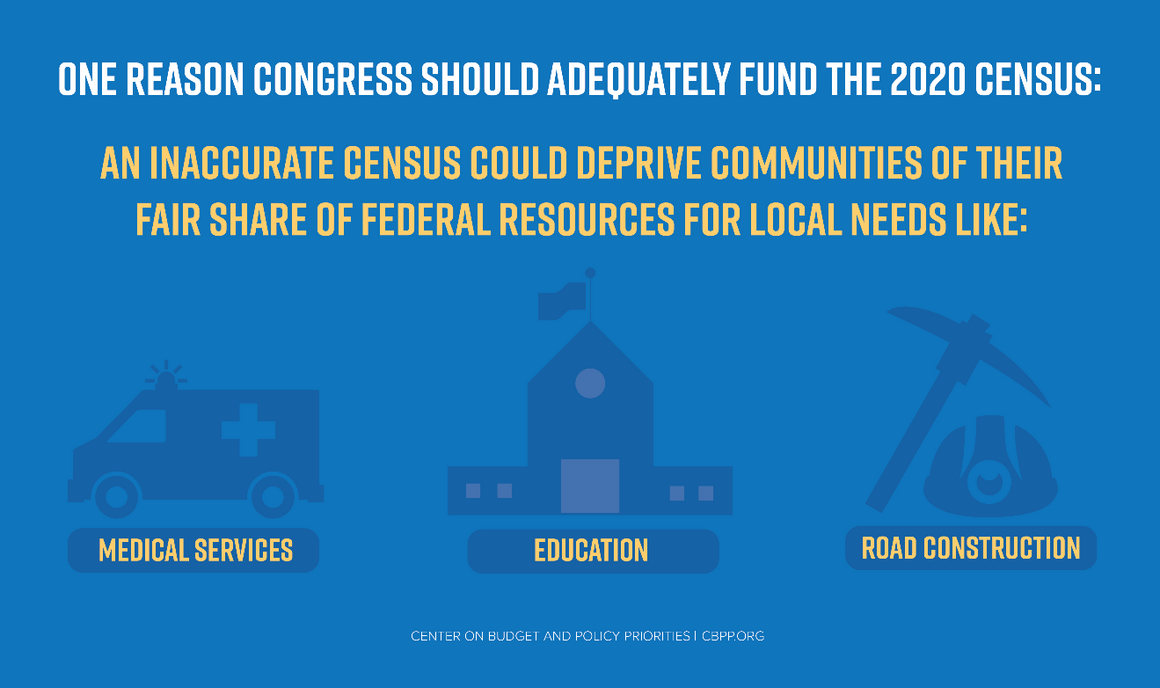 May 26, 2017
PreviousIn Case You Missed It…
NextHousing Policy Should Prioritize Those With Greatest Need
Stay up to date
Receive the latest news and reports from the Center