The low-income adults who gained health insurance because their state expanded Medicaid under the Affordable Care Act (ACA) are healthier and more financially secure as a result, a new study in Health Affairs shows. The House-passed health bill, which effectively ends the ACA’s Medicaid expansion, would roll back these improvements. 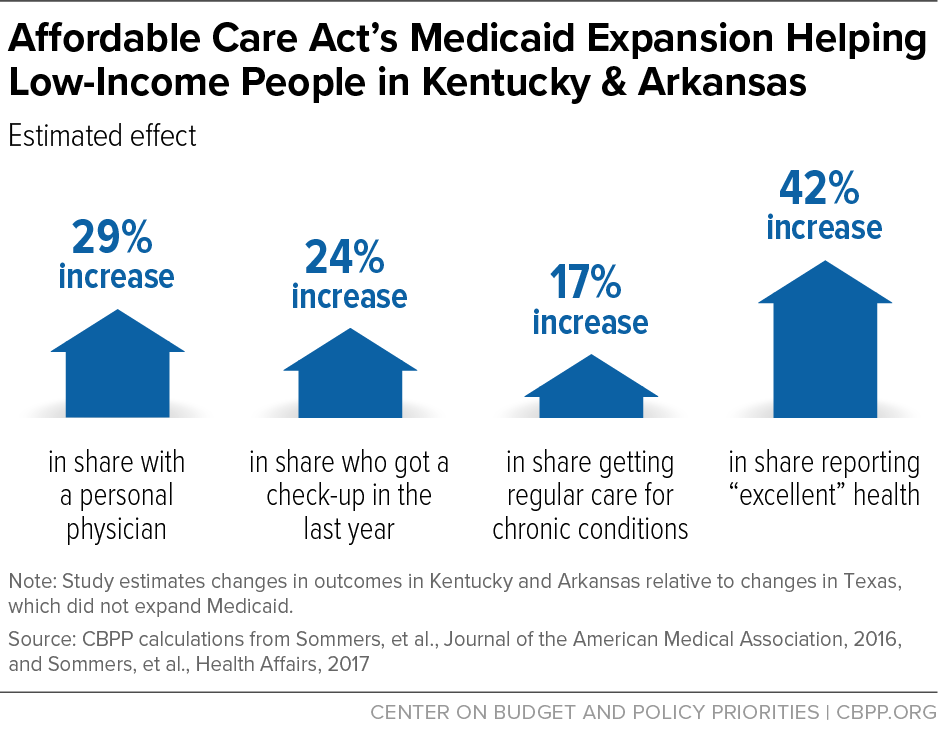 In the same two states, Medicaid expansion has also made people more financially secure: the share of people having trouble paying their medical bills dropped by 25 percent, the study found. This, too, is consistent with research showing Medicaid expansion improves people’s financial well-being.

The evidence is clear: Medicaid expansion has made people healthier and more financially secure. The House bill would not only reverse these gains but would end Medicaid as we know it by converting virtually the entire program to a per capita cap or block grant. That would mean not only the 11 million people who have newly enrolled through the Medicaid expansion would lose their coverage but tens of millions of seniors, people with disabilities, children, and other adults who rely on Medicaid would be at risk of ending up uninsured or going without needed care.

October 3, 2016
PreviousTrump Housing Changes Would Hike Rents on Struggling Families
NextTrump Plan: $2.5 Trillion in Program Cuts for Low- and Moderate-Income People; $2.5 Trillion on Two Tax Cuts for Corporations and Wealthy Heirs
Stay up to date
Receive the latest news and reports from the Center