This week on Off the Charts, we focused on the federal budget and taxes and health.

This week, we released a report on ten serious flaws in the House and Senate budget plans, and we updated our policy basics on the federal budget process and unemployment compensation.

CBPP’s Chart of the Week – Congressional Budget Cuts to Programs for People of Modest Incomes: 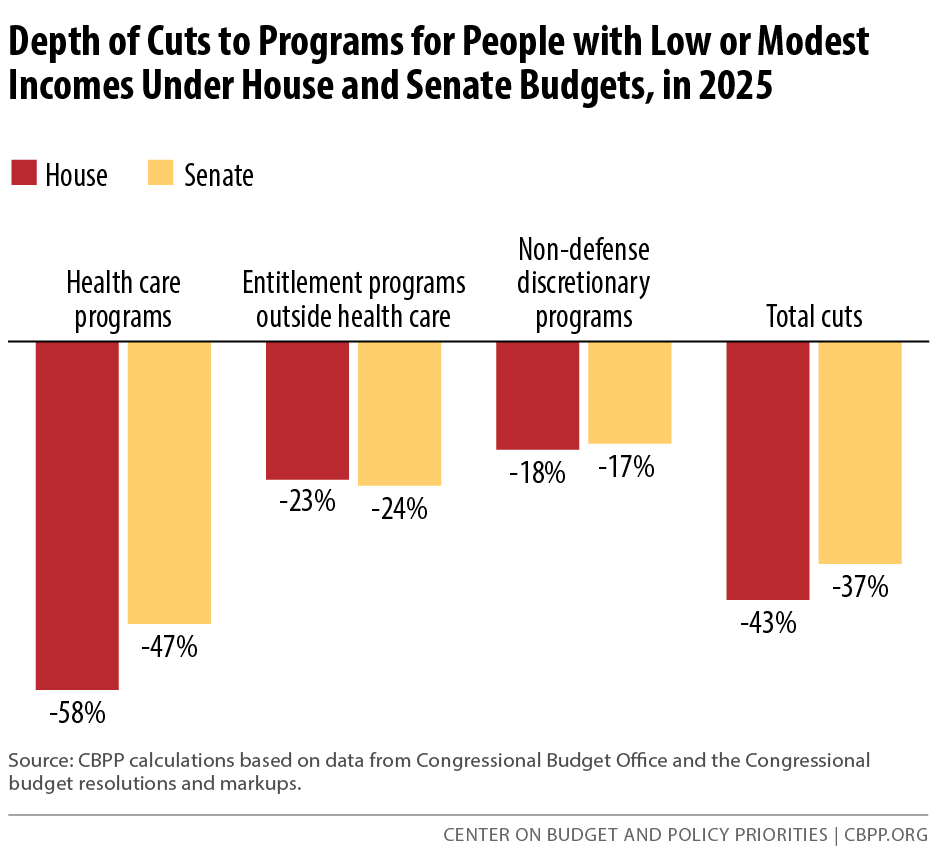 Restricting the spending of federal benefits should include the rich
Washington Post
April 21, 2015

This May Be The Most Effective Anti-Poverty Program In America
Huffington Post
April 20, 2015