The House Budget Committee budget plan’s proposals to convert Medicaid and SNAP (formerly food stamps) to block grants have raised once again the issue of block-granting key safety net programs.  As our updated paper explains, history shows that this would likely lead to large cuts in these programs over time (see graph).  Here’s the opening:

Funding for housing, health, and social services block grants has fallen significantly over time, an examination of several decades of budget data demonstrates.  These data provide a cautionary tale for proposals to merge large numbers of additional programs — especially programs serving families and individuals who are low income or otherwise vulnerable — into block grants, as would occur, for example, under a proposal that House Speaker Paul Ryan made in 2014 to merge 11 low-income programs into a mega-block grant in an unspecified number of states.  The Ryan proposal, congressional conservatives’ most recent proposal for major changes to the safety net, will likely influence the new House Republican Task Force on Poverty, Opportunity, and Upward Mobility.

Policymakers advancing these proposals often accompany them, as Speaker Ryan did, with assurances that the new block grant would get the same overall amount of funding as currently goes to the individual programs that it would replace.  This new analysis of several decades of budget data strongly suggests, however, that even if a new block grant’s funding in its initial year matched the prior funding for the programs merged into the block grant, the initial level likely wouldn’t be sustained.  History shows that when social programs are merged into (or created as) broad block grants, funding typically contracts — often sharply — in subsequent years and decades, with the reductions growing over time. 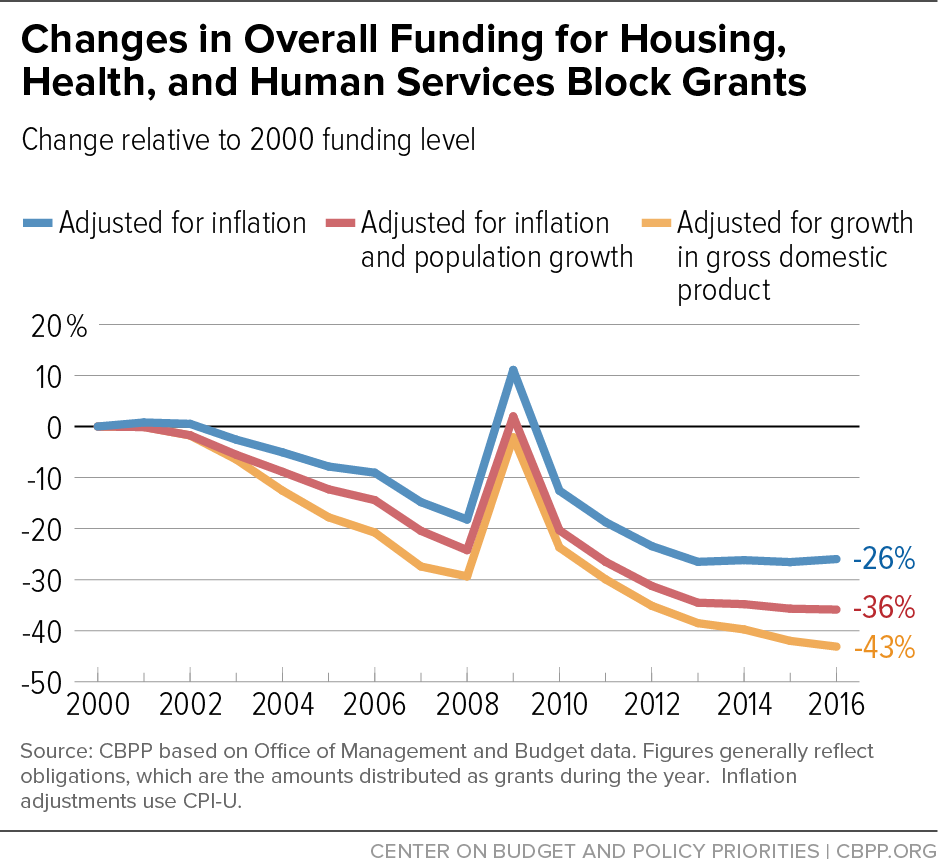 Medicaid Block Grant Would Add Millions to Uninsured and Underinsured