For Perspective on Today’s GDP Report, Check Out Our Chart Book

With the Commerce Department reporting today that the economy grew at a 2.0 percent annual rate in the third quarter, you might want to check out our chart book, which documents the course of the economy following the 2007-2009 recession.  It shows how deep a hole the recession created — and how much deeper that hole would have been without the financial stabilization and fiscal stimulus policies enacted in late 2008 and early 2009.

Here are three charts from that chart book, which show that: 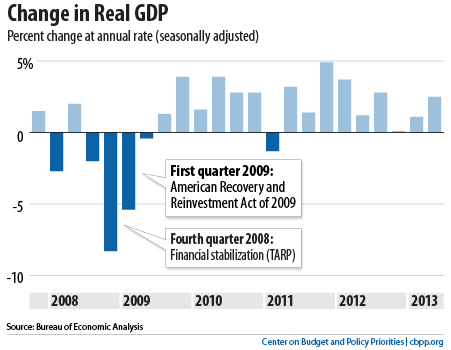 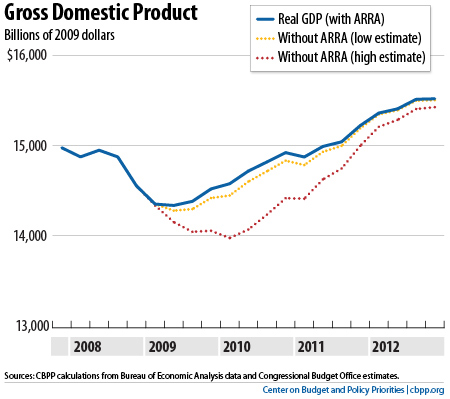 It’s a Slope, Not a Cliff

October 10, 2012
PreviousWant to Cover More Children? Adopt Health Reform’s Medicaid Expansion
NextIn Case You Missed It....
Stay up to date
Receive the latest news and reports from the Center