Evidence Overwhelmingly Against Another Tax Amnesty for Overseas Corporate Profits

| By Chuck Marr
Today’s Washington Post story on the doings of the Washington “influence industry” (as the headline puts it) spotlights the massive lobbying campaign underway to convince Congress to grant large multinational corporations a temporary tax holiday for overseas profits they bring back to this country.  This sets up a classic Washington battle of influence versus evidence.  Here’s some evidence (more here): Lawmakers should keep all of this evidence in mind as they prepare for the lobbying barrage.
Image 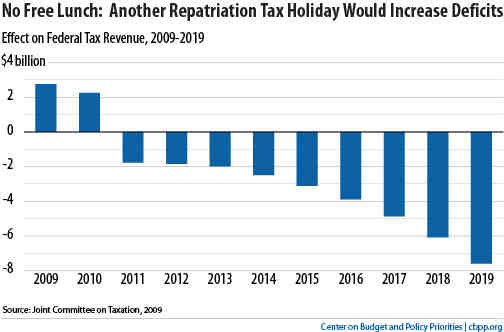