Low family income can have lasting adverse effects on children, and government programs that bolster family income can help poor children catch up and succeed over the long term, growing evidence shows. As our new report details, these programs — such as food assistance, working-family tax credits, and housing subsidies — not only help families afford basic needs and reduce poverty today, but also improve children’s future health, productivity, and ability to contribute to their communities in ways that benefit society as a whole. 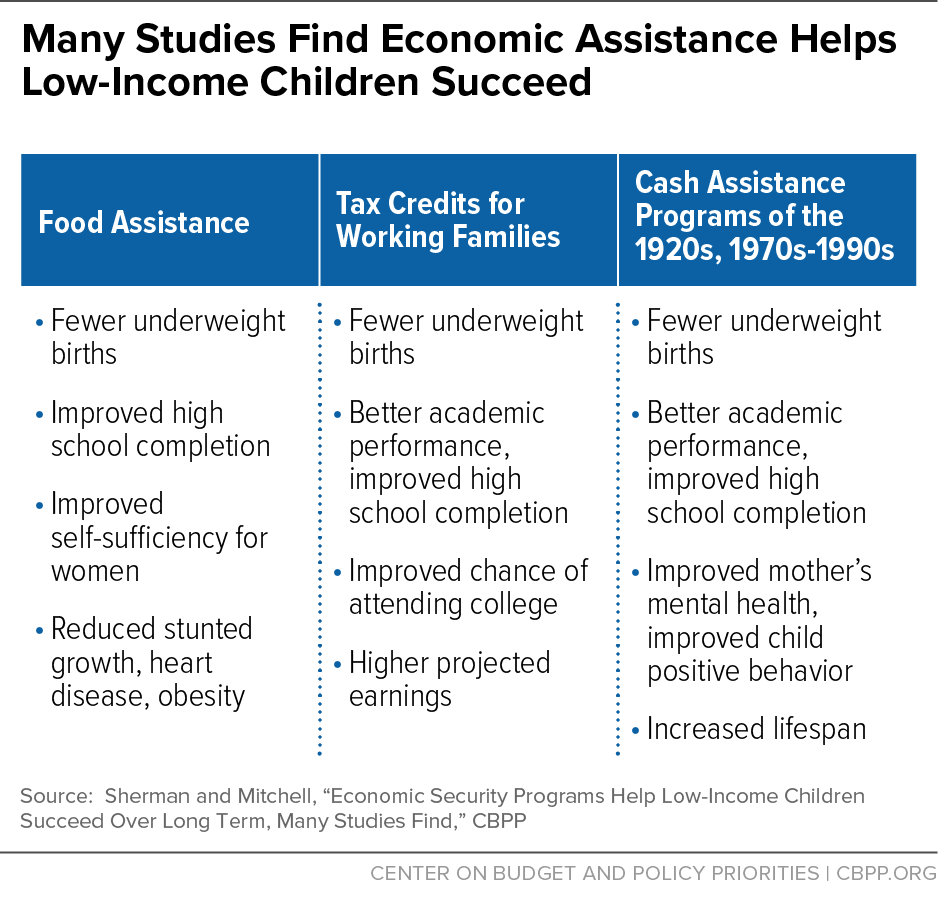 Overall, the evidence supports the conclusion that economic security programs play a strong role in helping low-income children succeed. A systematic review of 34 high-quality studies reported that almost all of them found that higher family income had positive effects on children’s outcomes in areas such as education, behavior, and health. Of the 34 studies identified, only five found no evidence that income affected any of the outcomes examined, and methodological problems contributed to this result in at least four of those five, the review concluded.

Researchers are still exploring why a secure financial base matters for children’s development and lifelong opportunities. Because children’s individual needs vary, the reasons likely vary for different children and at different stages of childhood; income can have important effects on children’s early nutrition, exposure to stress, and learning environments, among other things. But the research clearly indicates that economic security programs help form a critical foundation for the well-being of children today and in the future.