Doubling Exemption on Estate Tax, Then Repealing It, Would Give Millions to Wealthiest Heirs

House Ways and Means Committee Chairman Kevin Brady’s tax bill would double the value of estates that is exempt from the estate tax, then repeal the tax altogether after six years. A number of Senate Republicans, including Finance Committee Chairman Orrin Hatch, Susan Collins, Mike Rounds, and Jeff Flake, have said that repealing the estate tax isn’t a high priority. At a time of growing fiscal challenges and wealth inequality, they’re right — and neither scaling back the estate tax for the wealthiest heirs nor repealing it altogether should be a priority.

Brady’s bill would immediately deliver large tax cuts to the heirs of the nation’s wealthiest estates. Doubling the value of an estate that’s exempt from the tax — from the current $11 million per couple to $22 million — would give the largest estates each a tax cut of up to $4.4 million. Then, repealing the tax would give about 330 estates (which are each worth more than $50 million) each a tax cut averaging more than $20 million compared to current law.

With the current $11 million exemption for couples ($5.5 million per person), estates already must be extraordinarily large to face any estate tax. Due in part to the fact that policymakers drastically weakened the estate tax in recent decades, only 0.2 percent of all the estates in America are large enough to exceed the current exemption, leaving 99.8 percent of estates to face no estate tax at all. (See first chart.) 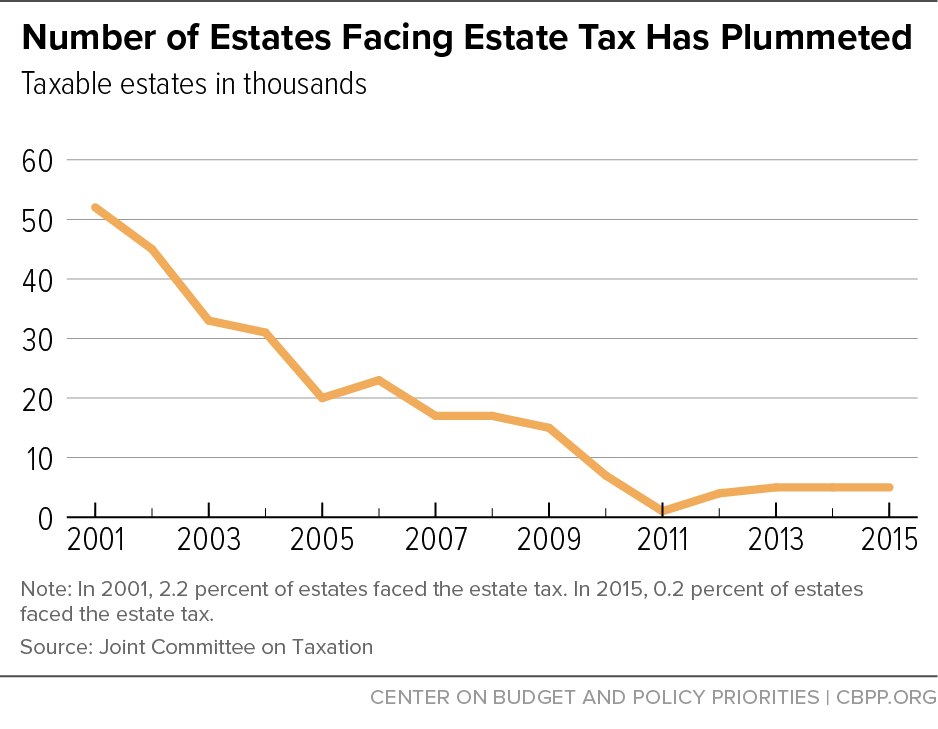 To put that $4.4 million tax cut in perspective, that’s about the same as the cost of 1,100 Pell Grants that help low- and moderate-income students afford college. (See second chart.) 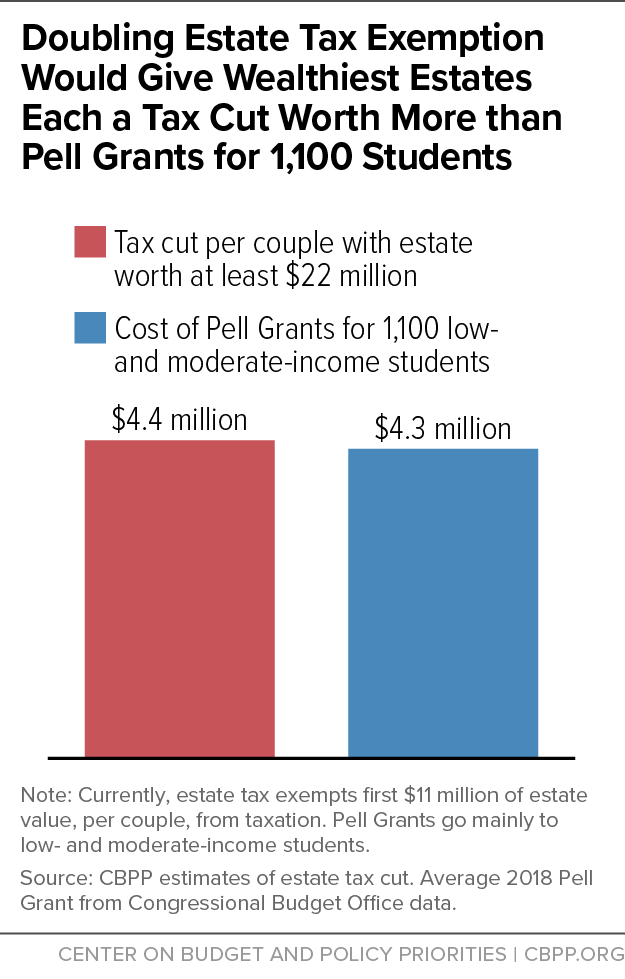 Repealing the estate tax would give heirs of the wealthiest estates one more kind of windfall. If, under current law, a person holds an asset that grows in value until his or her death, that growth in value (i.e., that “unrealized” capital gain) doesn’t face any capital gains tax. With an estate tax repeal, those gains — which comprise more than half of the value of estates worth more than $100 million — would face neither a capital gains tax nor an estate tax.

October 31, 2017
PreviousHouse Tax Bill’s Changes to State and Local Tax Deductions Would Hurt States
NextTABOR: Holding Colorado Back, 25 Years Later
Stay up to date
Receive the latest news and reports from the Center