Cash assistance benefits for the nation’s poorest families with children fell in inflation-adjusted terms in 2015 in 38 states and they’re now at least 20 percent below their 1996 levels in 35 states and the District of Columbia, our updated analysis finds.

To be sure, nine states and Washington, D.C. raised Temporary Assistance for Needy Families (TANF) benefits between July 2014 (the start of fiscal year 2015 in most states) and July 2015; three others enacted legislation that raised benefits after July 2015.  The remaining 38 states, however, didn’t adjust benefits, allowing inflation to continue to erode their value.

The erosion of TANF benefits since the program’s creation in 1996 comes on top of even larger declines over the preceding quarter-century.  Between 1970 and 1996, the value of cash assistance benefits for poor families with children fell by more than 40 percent in real terms in two-thirds of the states. 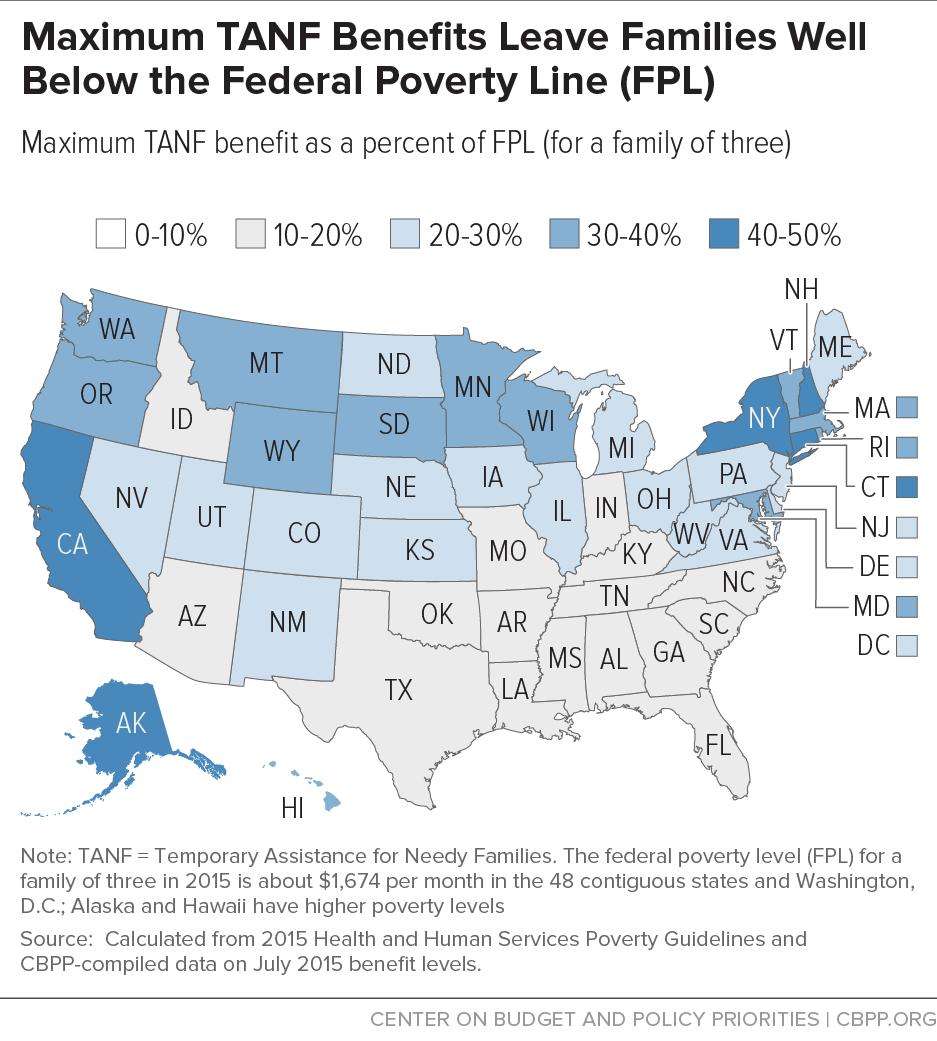 Commentary: At 19, It’s (Past) Time to Improve TANF

State General Assistance Programs Very Limited in Half the States and Nonexistent in Others, Despite Need

October 2, 2015
Previous“Cadillac Tax” Will Initially Have Limited Impact
NextNo COLA for 2016 Will Affect Medicare Premiums and Social Security Finances
Stay up to date
Receive the latest news and reports from the Center