The Problems with Block-Granting Entitlement Programs

Block grants are fixed pots of money that the federal government gives to states to provide benefits or services. Some policymakers call their block grant proposals "Opportunity Grants" or “merged funding streams.” Block grant funding levels typically are fixed; this contrasts with an entitlement structure, in which anyone who is eligible for benefits or services can receive them and funding increases automatically and immediately to respond to increased need due to economic downturns, natural disasters, or higher-than-expected costs (such as when a new drug or procedure increases health care costs).

The federal government’s entitlement programs reflect a commitment to meet low-income people’s basic needs in a few essential areas, including health (through Medicaid), food (through SNAP, formerly known as food stamps), and support to people with disabilities (through Supplemental Security Income, or SSI). All people who meet the programs’ eligibility criteria can access these programs without delay.

Block-granting these programs would strip away the federal commitment to help vulnerable individuals and families who are eligible for these programs when they need them. Fixed annual funding would render the programs unable to automatically respond to increased need, as they do today. As need increases, states would have to cut eligibility or benefits or establish waiting lists to stay within capped funding.

The major problems with replacing entitlement programs with block grants include:

When people or communities are most vulnerable economically, block grants don’t respond to increased need. 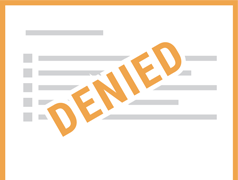 States can shift the federal funds to other purposes or to replace state funding, or they can make program cuts that federal law doesn't permit now.

These are the basics of how converting entitlement programs into block grants would work, but implications vary for each program. Find out more about how block grant funding tends to shrink over time, how a block grant might affect Medicaid or SNAP, and what we've learned from the Temporary Assistance for Needy Families block grant. 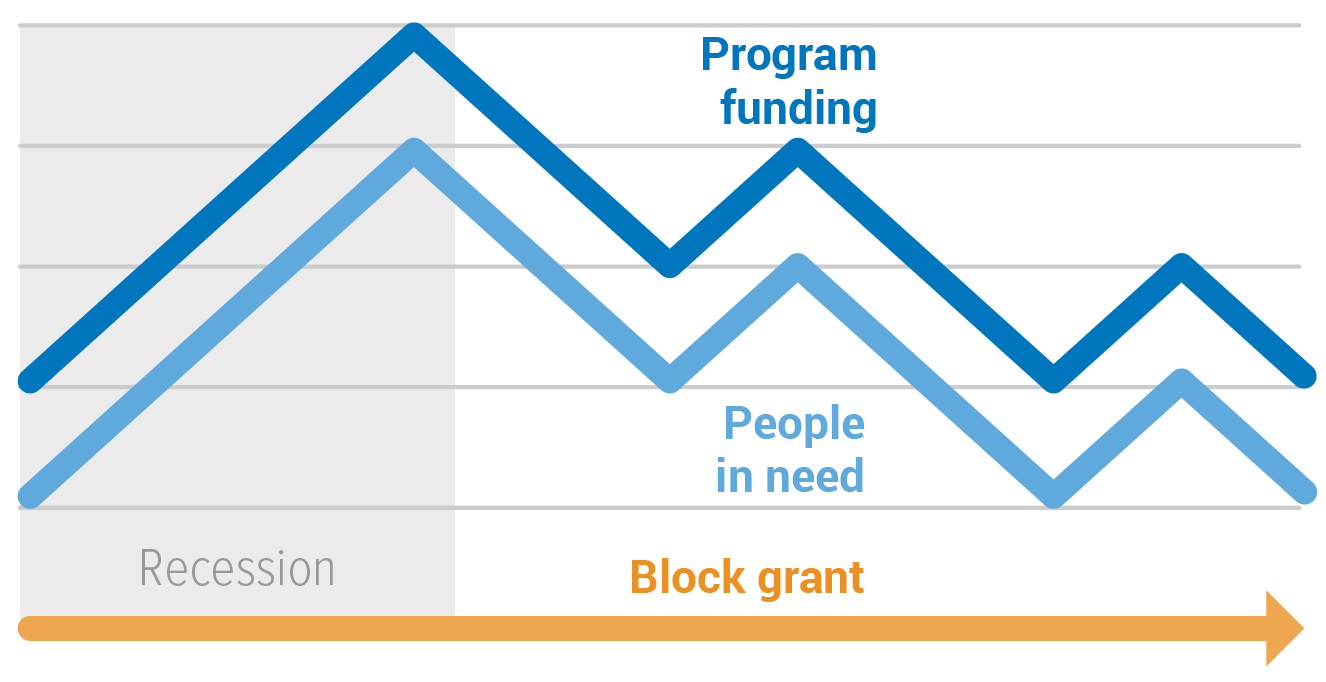 Consider an economic downturn that fuels a sudden increase in people who are entitled to an entitlement program’s benefits.

Funding for these programs responds automatically to the increased need. By assisting people when times are tough, entitlements also help stabilize the economy.  As the economy recovers, fewer people qualify for benefits.

A block grant wouldn’t respond the same way to a faltering economy and greater need. Fixed funding levels would require states to absorb higher costs — or to cut eligibility or benefits. And the economy would lose an automatic stabilizer, which would worsen the downturn. That's because unlike with entitlements, block grants would not provide guaranteed resources to spend in local communities and, in turn, help keep people employed.