The Food Stamp Program has been streamlined and modernized and carries new protections against fraud. For many families, food stamps are a work support that provides a bridge from welfare and poverty to work and self-sufficiency. Food stamps also are a vital part of America’s response to economic slowdowns. 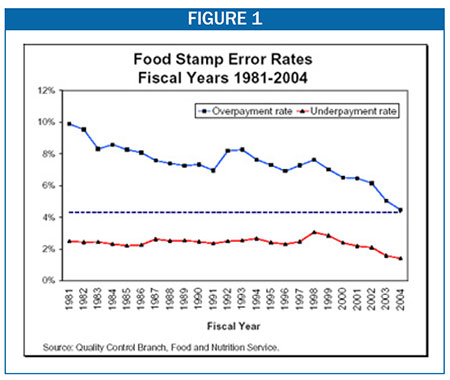 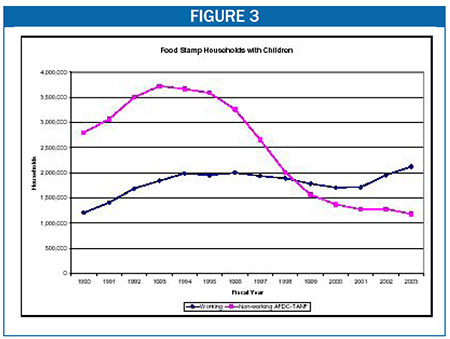 Food Stamps –– Good for the Economy

[2] This calculation compares the change in food stamp spending over the 2000 to 2005 period as a share of the Gross Domestic Product (GDP) to the change in the surplus/deficits as a share of GDP over the same period. See CBPP: https://www.cbpp.org/sites/default/files/atoms/files/2-4-05bud.pdf.