In March 2007, the Tax Foundation is expected to release its annual report on “Tax Freedom Day,” which it describes as the day when “Americans will finally have earned enough money to pay off their total tax bill for the [current] year.”  For each state, the report will show the Tax Foundation’s estimate of state and local taxes paid by residents of that state as a share of residents’ total incomes and each state’s ranking by that measure.  The estimates are shown calculated to one-tenth of one percentage point.

The apparent timeliness and precision of the Tax Foundation’s estimates are likely to attract the attention of policymakers and the media, who may use the rankings to make claims about a given state’s “tax burden” relative to those in other states.  But what the Tax Foundation is unlikely to acknowledge – save in the methodology section at the end of its report, and even there only indirectly – is that its state and local findings do not reflect actual total tax collections for that year or for the previous year.  Rather, the findings are estimates and projections, largely derived from years-old data and from national samples that were never intended to be used for state-by-state estimates, and calculated using a methodology that never has been formally published or subject to outside review.

This report shows the degree to which their initial projections have been erroneous, and thus potentially misleading to policymakers.

In a response to these criticisms posted to the Tax Foundation web site March 20, 2006, the Tax Foundation does not deny the substantive finding that actual state and local tax levels and rankings frequently turn out to be very different than the Tax Foundation’s initial predictions.  Rather, the Tax Foundation asserts that its report gives the news media, policymakers, and general readers ample information to make an informed decision on whether to take the results seriously or not.

But there is reason to believe that the Tax Foundation report does not adequately forewarn the reader of the uncertainty of its estimates.  For example, the words “forecast” and “estimate” do not appear in the 2006 report until the “methodology” section of the report, which begins on page 14 of the 16-page report.   More significantly, the Tax Foundation has not published a formal analysis of whether its model provides accurate forecasts.  Nor does the Tax Foundation provide in any reasonably accessible form a way for readers themselves to compare forecasts with actual results.

This approach stands in sharp contrast to the approach used by other researchers who publish estimates.  For example, the Tax Foundation compares its report to the data published by the highly regarded U.S. Bureau of Economic Analysis as examples of estimates that are regularly revised.  But BEA’s approach is distinctly different from the Tax Foundation’s.  BEA makes clear throughout its press materials and reports that its figures are estimates.  It publishes extensive, detailed explanations of how and why their estimates are revised.  (Some BEA revisions reflect improved data, but others reflect definitional changes.)  The Tax Foundation does neither of those things.

The Tax Foundation’s rankings of state tax burdens also tend to be flawed.

The estimates the Tax Foundation puts out every April often turn out to be misleading, because it is impossible to do what they claim they are doing.  No one could estimate the current year’s taxes relative to income for each state and its numerous local units of government all over the country to the point of being able to rank them with any reasonable degree of confidence.  In April, when the Tax Foundation releases its estimates, most taxes for the calendar year have not yet been collected.  Nor is it possible to know what the path of income growth will be for the year.  There is no way that the Tax Foundation’s numbers can be anything but speculative.  The Tax Foundation does not deny this fact.  But nowhere in its Tax Freedom Day report does the Tax Foundation discuss the likelihood that its speculations may turn out to be wrong.

The only definitive information on state and local tax collections is compiled by the Census Bureau.  But the Census Bureau takes time to compile data on actual state and local taxes; the report for a given year typically is released more than two years later. Once the Census data is completed it can be compared to the income information prepared by the Commerce Department — which also isn’t final for a substantial period of time — to determine “tax burden.”[1]  For the 2002 data discussed above, final information was not available until August 2004.

The Tax Foundation's reports include a list of the dates described as representing "Tax Freedom Day" for each state.  In addition to the problem of unreliable estimates highlighted in this report, a number of other serious flaws mar the Tax Foundation's estimates of total tax burdens on state residents.

If the estimates the Tax Foundation released in 2002 are compared to the Census data for 2002, substantial discrepancies can be noted.  For example, after adjusting the Tax Foundation data to account for the different way they measure taxes paid by residents, one finds that 27 states rank five or more places higher or lower in calculations based on Census data than in the Tax Foundation report.  The rankings differ by at least ten places for seven states.

Click here to read the full-text of this report
(13pp.) 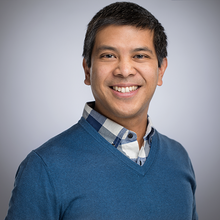