| By Elizabeth McNichol and John Springer

For a large and growing number of Americans, having a job is not enough to lift them out of poverty. This report presents a menu of practical policy options that states can adopt to help working-poor families meet their basic needs and improve their lives.

In nearly every state, a majority of poor families in which the adults are not retired or disabled have one or more workers. Table 1 provides data on the extent of work among poor families with children in each state. Typically, these adults work a substantial number of weeks and hours in a given year. (Table 1 presents the number of families in which either the head of household or spouse worked a combined total of more than 13 weeks during the year. Thirteen weeks is the equivalent of one calendar quarter.)

In addition, working families make up a growing share of all poor families. Between 1989 and 2003, the share of poor families that included a worker rose from 54 percent to 65 percent.

The increase in the ranks of the working poor reflects changes both in the economy and in state and federal policies:

The jobs that currently are being created are disproportionately concentrated in low-paying industries , and the U.S. economy will continue to depend on a large number of jobs that provide low wages and poor benefits. For these reasons, policies to assist low-income working families will continue to be needed.

Such policies can provide valuable help not only to parents, but also their children. More than two-thirds of the nation’s poor children live in families with one or more workers; these children are poor not because their parents do not work but rather because the jobs available to their parents do not pay enough to allow them to support their families and because stable year-round work often is unavailable to low-income parents. The large number of poor children in this country is cause for concern because there is strong evidence that growing up in poverty can limit a child’s physical and cognitive development.

In addition, assisting working-poor families can help slow the long-term increase in income inequality. Today, the gap between rich and poor is wider than it has been in decades. Data issued by the Congressional Budget Office show that the income gap in 2000 was the widest it has been since 1979 when CBO first prepared this analysis. Other data included in a National Bureau of Economic Research study indicate that the income gap is wider than it has been since the 1920s. Over the last two decades, the incomes of the richest one percent have more than doubled while the incomes of the poorest fifth grew by only nine percent.

Yet much more can, and should, be done. More states could implement programs that have proven successful elsewhere; existing programs could be expanded; and the cutbacks that many states adopted during the recent state fiscal crisis could be restored.

The Structure of This Report

This report outlines a number of policy options that states could adopt to assist working-poor families. The rationale for each option is followed by a brief discussion of key design issues and examples of states that have adopted these policies.

This is not meant to be an exhaustive list of state options to assist the working poor. Nor would every proposal be suitable for every state. Instead, this report shows the range of measures that are open to states.

Many states will be hard pressed to find resources for these (or any other) new initiatives. Despite the apparent easing of the state fiscal crisis, state revenues and spending remain at their lowest levels as a share of the economy in years. States also must replenish reserve funds that were depleted during the fiscal crisis and restore spending cuts imposed to close budget gaps. In addition, numerous states are burdened by outdated tax structures, which slow state revenue growth over the long term. However, the measures outlined in this report have only modest costs, and many can be paid for at least partially with federal funds. Funding issues are examined at the end of each policy brief.

These options are grouped into the following areas:

Relevant Issues Not Addressed in this Report

This report focuses on low-wage workers with children. However, childless adults with less than a college education are also finding it increasingly difficult to make ends meet. Childless adults are eligible for very little government assistance: they do not qualify for federal cash assistance unless they are elderly or disabled, most do not qualify for Medicaid unless they are elderly, and food stamp eligibility for unemployed, childless adults aged 18 through 49 is severely limited.

States could play an important role in closing this gap in the safety net. For example, they could establish programs that provide income support or health insurance to childless adults or resist further rollbacks in programs that are specifically targeted to this population. More information on features of state safety nets that affect childless adults is available from the Center.

This report also does not specifically address immigrant families, who often face particularly high barriers to finding good-paying jobs with benefits. While they, like long-time citizens, will benefit from the policies outlined in this report, states also can take steps to address the specific difficulties of immigrant workers, such as limited proficiency in English and low skill levels. Moreover, states can ensure that support programs such as food stamps, Medicaid and SCHIP, and TANF are available to immigrant families that need them. More information on these policies can be found in the papers on the Center’s website.

Finally, with the important exception of state minimum wages, the report does not address state policies that could improve the quality of jobs in the United States. The fact that a large number of jobs pay low wages and provide little or no benefits results from factors that are mostly out of the control of states, such as globalization, the shift to a service economy, and declining unionization. However, states can at least ensure that their policies do not exacerbate the situation. For example, many states that offer economic development subsidies do not distinguish between companies that pay low wages and offer no health benefits and those that bring better jobs. In addition, state policies that serve to restrict the ability of unions to organize effectively may encourage low wages. Two organizations that can provide more information on these areas are the Economic Policy Institute and Good Jobs First. 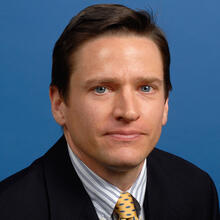